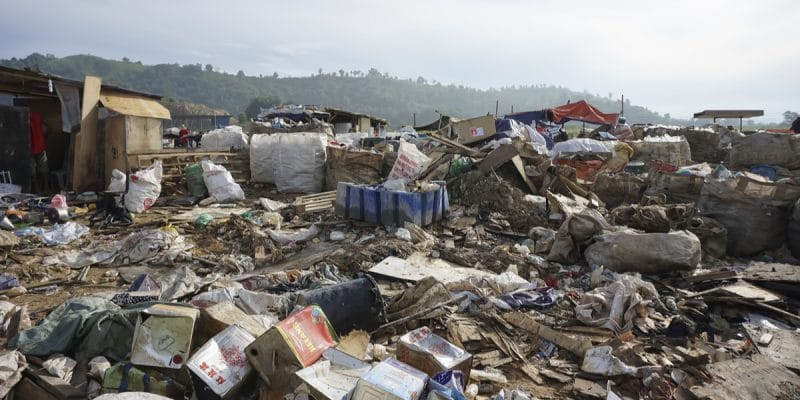 A collective and citizen sanitation will be carried out every last Saturday of the month in the capital of the DRC. The initiative called "Kin Bopeto" aims to make the city of Kinshasa cleaner. This objective can only be achieved if people demonstrate good citizenship.

A contract was signed on October 19, 2019 in Kinshasa between the population and the public authorities. At the official launch of the clean-up campaign called “Kin Bopeto” (in Lingala, Kinshasa itself), the President of the Republic made it clear: “You ask that we fight against theft, corruption and embezzlement of public funds. We ask you to change your mentality. We need to change. By launching “Kin Bopeto” we are also sending a very strong message to the whole country.” President Félix Tshisekedi told the audience outside Kinshasa City Hall.

For the Congolese government, the success of “Kin Bopeto” will necessarily require a change in the behaviour of the city’s inhabitants, who are about 15 million in number. “This programme is proactive. For the “Bopeto” (clean) days, the city spends nothing. The city calls for the civic-mindedness and patriotism of everyone. This programme aims to make Kinshasa a cleaner, more beautiful and greener city. ”, said Germain Mpundu, the coordinator of “Kin Bopeto”.

A monthly bonus for the cleanest neighbourhood

The five-year operation is budgeted for approximately €363 million. Every last Saturday of the month, nearly 300 trucks will be mobilised to collect garbage and wrecks of abandoned vehicles littering some of the city’s streets. To motivate people to actively participate in these three hours of community service, the Kinshasa provincial government promises financial rewards every month for the cleanest neighbourhood. “This amount will not be distributed in cash. It is recorded and will help to finance a project that will be chosen by the neighbourhood that will receive this award. ”, explained the coordinator of the “Kin Bopeto” programme.

The Kinshasa Sanitation Authority stated on the 14th of November 2018 that the city of Kinshasa produces 90,000 tons of waste per day, of which only 20,000 tons are cleared on a daily basis due to a lack of resources. This failure to collect garbage gives the third-largest urban area in Africa the appearance of a garbage city. This situation dates back to 2015, with the end of the Urban Sanitation Programme in Kinshasa (PAUK), funded by the European Union at about 900,000 euros per month. An amount that represents more than twice the budget (approximately 360,000 euros) currently allocated by the city for waste collection.