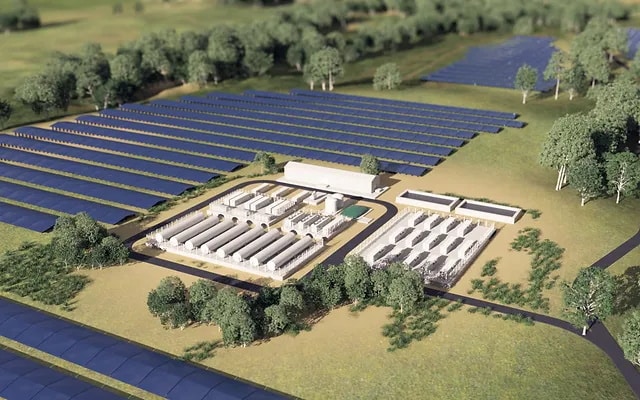 Hydrogène de France (HDF Energy) has entered into a partnership with the province of Kinshasa. It concerns the construction and operation of a green hydrogen photovoltaic solar power plant. This is the first project of its kind planned in Central Africa.

Hydrogen could soon become part of the energy mix in the province of Kinshasa in the Democratic Republic of Congo (DRC). This is the aim of an agreement reached between the provincial government of Kinshasa and Hydrogène de France (HDF Energy), which wants to use the new possibilities provided by the development of hydrogen technologies to reduce the intermittence of solar photovoltaic power stations.

The provincial authorities of Kinshasa are supporting HDF “to make effective progress in the development of this first hydrogen power plant”. The company, based in Bordeaux, France, is studying the possibility of establishing this power plant in the south of Kinshasa.

“In a context where we need to rapidly reinforce the means of electricity production for the city-province, the power plant project by HDF, given its technical characteristics, is welcomed with great satisfaction. Through the measures we are putting in place under the memorandum of understanding, we are seeking to encourage the emergence, as soon as possible, of this first hydrogen power plant project, which can then be duplicated,” says Flavien Nkui Misuru, the commissioner-general in charge of energy, fisheries and livestock for the provincial government of Kinshasa.

The population of the city-province is estimated at more than 17 million, equivalent to the population of a country like Chad, but spread over an area of more than 9 900 km2. Like other cities in the DRC, Kinshasa remains prone to load shedding, while the rate of access to electricity in the city-province is estimated at only 44% by the Agence nationale pour la promotion des investissements (ANAPI). The province of Kinshasa is therefore turning to solar energy with a potential (average sunshine) estimated at between 3.22 and 4.89 kWh per m2 per day.

For the time being, Kinshasa and other provinces of the DRC are largely dependent on hydroelectricity. With an installed capacity of 2,844 MW, the Central African country produces 98% of its electricity from hydroelectric plants on the Congo, Ruzizi and Rutshuru rivers.