Homepage » DRC: Goma lit by solar energy thanks to the renewable energy credit for peace

DRC: Goma lit by solar energy thanks to the renewable energy credit for peace 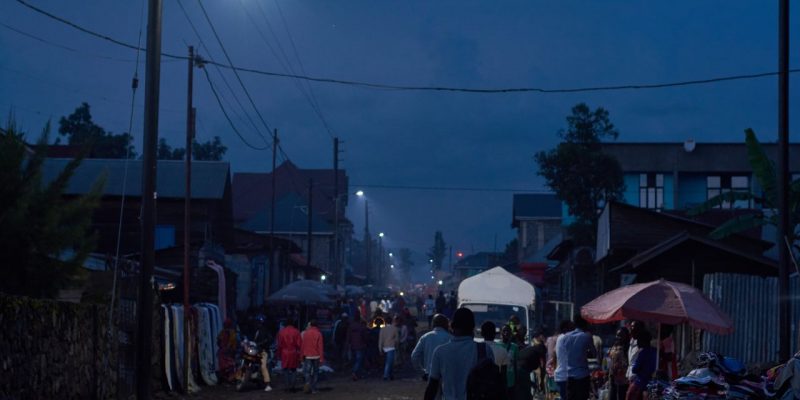 A Peace Renewable Energy Credit (P-REC) transaction was completed between the US multinational Microsoft, Energy Peace Partners (EPP) and the solar off-grid provider Nuru. The purpose of this transaction is to finance the installation of street lamps powered by a solar off-grid in the city of Goma in the Democratic Republic of Congo (DRC).

Goma was at the heart of a transaction that is unprecedented in the renewable energy sector, to say the least. It was the Renewable Energy for Peace Credit (P-REC) signed between the American multinational Microsoft, Energy Peace Partners (EPP) and the solar off-grid provider Nuru. The aim is to install street lamps powered by solar off-grids in this city and capital of the province of North Kivu in the Democratic Republic of Congo (DRC).

The transaction was facilitated by 3Degrees, a specialist in renewable energy, transport decarbonisation and climate solutions. As part of the deal, Microsoft is purchasing P-REC issued by EPP through a new solar energy installation in the Democratic Republic of Congo (DRC), which will directly finance the installation of street lamps in a newly electrified district of Goma.

Goma’s electricity is currently supplied by a 1.3 MWp solar power plant inaugurated by Nuru on 4th, February 2020. The power plant’s output is distributed directly to the population via a mini-grid, also built by Nuru and equipped with transformers and a transmission line.

“P-RECs are International Renewable Energy Certificates (I-RECs) with an additional EPP issuer label certifying the co-benefits associated with the new generation of renewable energy,” says EPP. P-REC projects are implemented in countries that are characterised by a high risk of conflict, high vulnerability to climate change, low levels of electrification and limited access to renewable energy finance. “The agreement with Nuru requires that the majority of funds from the sale of P-RECs support a project that creates social and economic benefits in that community. Microsoft is the first company to complete a P-REC transaction,” adds EPP.

According to EPP, Microsoft’s purchase of P-REC enabled Nuru to finance the installation of street lamps in Ndosho (Goma neighbourhood); a community impact project designed in collaboration with local stakeholders. The lampposts, installed in early 2020, improve the security of the neighbourhood, while allowing businesses to stay open later at night, and reduce dependence on diesel generators, which are both costly and highly polluting, in an area that has never had an electricity grid infrastructure.