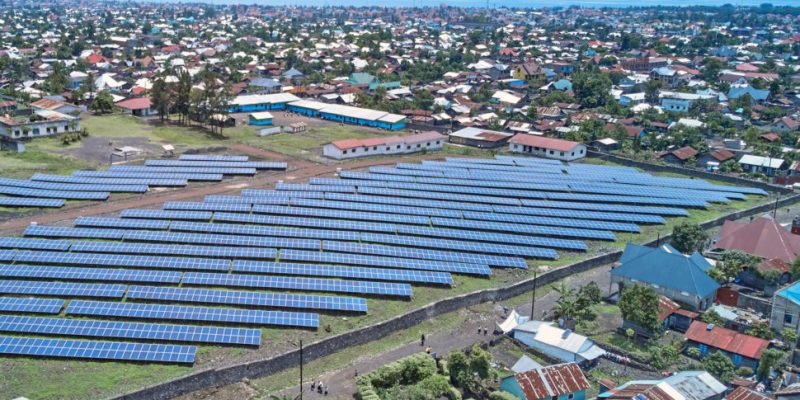 Gaia Impact Fund, a French investment fund dedicated to renewable energy entrepreneurs, has just acquired a shareholding in Nuru, a supplier of hybrid solar off-grids. The new investment will support Nuru in its plan to provide access to electricity to 5 million people in the next few years in the Democratic Republic of Congo (DRC).

Nuru’s Board of Directors has a new member. Gaia Impact Fund has recently announced a “significant” equity investment in this off-grid solar system provider in the Democratic Republic of Congo (DRC). The French investment fund dedicated to renewable energy entrepreneurs did not provide further details on its new investment.

He nevertheless indicated that the investment should support the development of Nuru’s business in the particular environment of the DRC. With 95 million inhabitants, the DRC is the most populous country in Central Africa. At the same time, the country has one of the lowest electrification rates in the subregion with only 19 per cent of the population having access to electricity according to the World Bank’s 2018 report. The vast majority of electrified homes are in the capital Kinshasa.

The potential of Nuru

As elsewhere in Africa, mini-solar grids could play an important role in the electrification of the DR Congolese population. Hence the strategic investment of Gaia Impact Fund in one of the leading solar energy providers in this vast country.

“Although mini-grids have an increasing role to play as the cheapest solution in the future electricity mix of countries like the DRC, they have been a largely underfunded segment of energy access markets”, says the investment fund based in Paris, France. “We are impressed by Nuru’s experienced local team, which has successfully commissioned one of Africa’s largest mini-grids in the complex and volatile environment of the DRC,” says Guilhem Dupuy, Gaia Impact Fund’s Investment Director.

Inaugurated in February 2020, the Nuru mini-grid is installed in Goma, a city in the province of North Kivu. The off-grid system consists of 4,000 solar panels, each capable of producing 335 Wp (Watts peak). The entire system is capable of delivering 1.3 MWp. The solar power plant is also equipped with a battery-based electricity storage system, as well as back-up generators to provide continuous electricity after sunset.

The off-grid provider is supported by several partners, including Energy Peace Partners, Solarcentury, PowerGen Renewable Energy, Energy Access Ventures (EAV) and Electrification Financing Initiative (ElectriFI), an investment fund owned by the European Union (EU). The capital from the Gaia Impact Fund should enable Nuru to follow its investment plan. The company wants to electrify 5 million people by 2024 in the DRC.