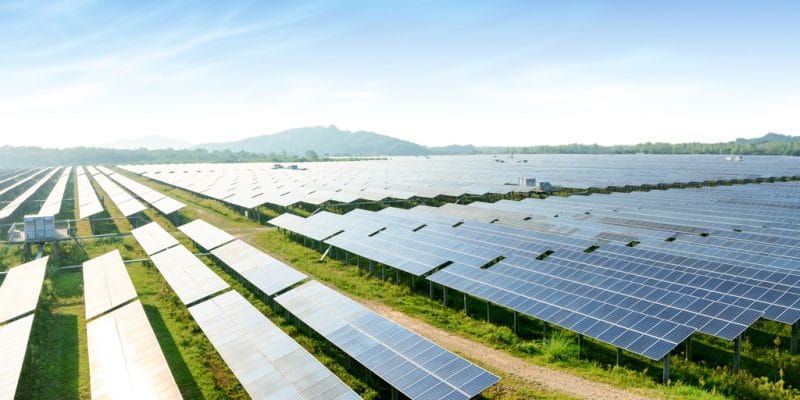 The government of Tshopo province in the northeast of the Democratic Republic of Congo (DRC) has recently signed an agreement with the company Cat Projects Africa. It concerns the construction of a solar photovoltaic power plant near the provincial capital Kisangani.

People in Kisangani City and other areas of Tsopo province are expected to see their electricity supply improve soon. This is thanks to a solar power plant that the government of this province located in the northeast of the Democratic Republic of Congo (DRC) wants to install near the provincial capital Kisangani.

The construction of this facility has just been entrusted to Cat Projects Africa. According to the latter, the photovoltaic solar power plant will be built on 65.5 hectares of land. It will consist of 155,000 solar panels that will be connected to 72 solar inverters that will use 36 transformers to feed the electricity produced into the National Electricity Corporation (Snel) grid.

The construction of a Kisangani solar photovoltaic power plant will mark “the beginning of the end of darkness in our province, particularly in the city of Kisangani. At the end of a year of work, the city will be fully serviced with electricity and many other projects will see the light of day,” says Louis-Marie Wale Lufungula, Governor of Tsopo Province.

According to Cat Projects Africa, the acquisition of the construction equipment for the Kisangani solar photovoltaic plant will take another four months. The construction work will last nine months. The success of this project will be crucial for Tsopo Province, which depends on a 12 MW hydroelectric power plant built at the falls on the Tsopo River for its electricity supply.

The new park will be one of the largest solar power plants in the DRC, which also relies more on hydroelectric power plants for its electricity production. The exploitation of other renewable energy sources, particularly solar energy, is still in its infancy. The country will now focus on solar energy as this sector is supported by development partners.

In March 2019, Exim Bank of India lent $83.11 million to the State of the DRC for the construction of three solar power plants. The facilities with a combined capacity of 35 MW will be located in the north in Karawa locality, in Mbandaka in the northwest, and in Lusambo in the centre of the country.