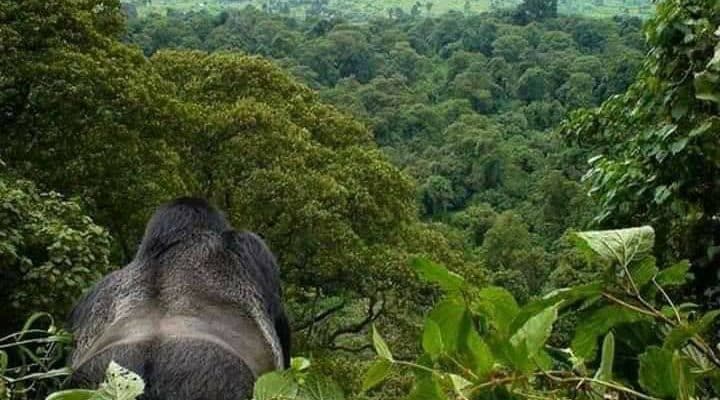 Gorilla Ambassador has just addressed the President of the Democratic Republic of Congo (DRC). The non-governmental organisation (NGO) is asking Félix Tshisekedi to do everything possible to get the M23 out of the Virunga National Park, located in the north-east of the DRC. The armed rebel group has set up its rear base in the area of the park occupied by the mountain gorillas, thereby threatening the survival of the primates.

In early January 2023, the East African Regional Force (a military coalition) announced that the M23 armed group had until Sunday 15 January 2023 to leave all its positions in North Kivu, in the east of the Democratic Republic of Congo (DRC), and withdraw to Sabyinyo, on the border between the DRC, Uganda and Rwanda, the armed rebel group’s historic position. But this measure, which aims to liberate the eastern DRC, scarred by violence attributed to the M23 rebels, is not met with satisfaction by environmentalists.

In an open letter sent on Sunday 15 January 2023 to DRC President Félix Tshisekedi, Gorilla Ambassador warned of the threats posed by the M23 to the animal species of Virunga Park, following its encampment at Mont-Sabinyo, in the Rutshuru territory (North Kivu). For the deputy director of this organisation, Alain Mukiranya, animal species are threatened by poaching in the Mount Sabinyo region, occupied by the M23. “This rebel encampment at Mount Sabinyo is a danger for the gorillas, which have already been threatened for a long time by war, poaching and habitat loss. The presence of these rebels (M23, editor’s note) will increase the poaching rate because they will hunt and cut down trees to produce charcoal for sale,” warns Alain Mukiranya.

The challenge of preserving biodiversity

Fearing that Virunga Park will lose all its gorillas because of the war waged in eastern DRC by the M23, the non-governmental organisation (NGO) Gorilla Ambassador has asked the President of the Republic to use his diplomacy to request that the rebels be quartered elsewhere and not in this World Heritage site.

Created in 1925, Virunga, the oldest natural park on the African continent, has become a collateral victim of the war and violence in North Kivu, even though it is a jewel of Congolese, African and world heritage. The site has been a UNESCO (United Nations Educational, Scientific and Cultural Organisation) World Heritage Site since 1979. It is a rich ecosystem. According to the park management, more than 50% of Africa’s terrestrial species are represented there.