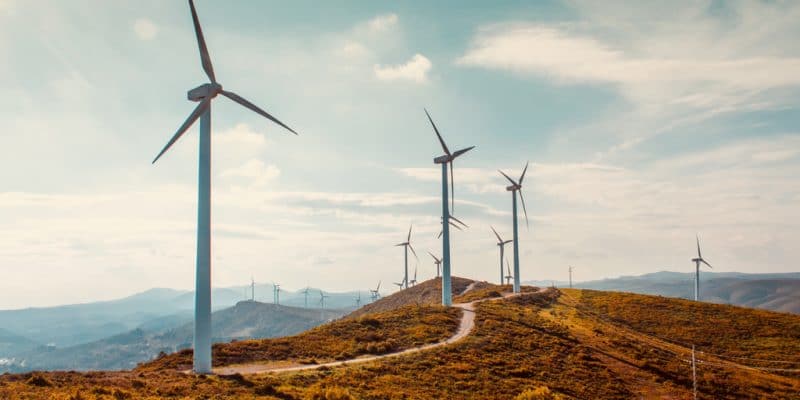 The consortium which is currently developing the Ghoubet wind project in Djibouti has announced the launch of the construction of this wind farm which will be located near Lake Assal. It will have a capacity of 60 MW.

The construction of the Ghoubet wind farm is finally launched. The realisation of the project starts after a financial closing made by the consortium in charge of its development. It is made up of the Dutch Development Finance Corporation (FMO), Africa Finance Corporation (AFC), a pan-African fund dedicated to infrastructure development based in Lagos, Nigeria, Climate Fund Managers (CFM), a climate investment fund manager, and Great Horn Investment Holding (GHIH), an investment fund set up for the development of Djibouti.

All the partners in the Ghoubet wind project have launched a special purpose company called Djibouti Wind LP. It will be responsible for overseeing the implementation of the project and the construction of the future Ghoubet wind farm.

The Ghoubet wind project “will not only be a unique opportunity in our portfolio, but will also have a significant impact on Djibouti’s electricity production by reducing its dependence on heavy fuel oil,” says Samaila Zubairu, AFC’s CEO.

The project is being developed in the Arta region, along the border with the Tadjura region. The park will occupy an area of 395 hectares, near Lake Ghoubet. It will consist of some 15 wind turbines, each with a maximum capacity of 4.8 MW. The turbines will be carried by 150 m high masts (rods). The Ghoubet wind farm has a capacity of 60 MW.

A major development project for Djibouti

Approximately 10 km of access roads will be constructed in the Ghoubet wind project area. For the construction site, a temporary construction complex consisting of administrative buildings and housing for workers will be installed. The electricity generated by each wind turbine will be collected via above-ground lines or underground cables to the wind farm substation.

The consortium will also construct a 230 kV overhead transmission line, approximately 3.5 km long, to connect the wind farm to the grid via the Ghoubet substation. This electricity feed-in point is under construction by the Djiboutian authorities. Over a distance of almost 70 km, it will connect Ghoubet to the Jaban substation near the capital Djibouti via a 230 kV double-circuit transmission line.

The Ghoubet wind farm is an important development project for Djibouti. It is also in line with the climate ambitions of this country in the Horn of Africa, aiming to reduce its carbon dioxide emissions by 40% by 2030. To implement this political strategy, the country is relying in part on solar energy. In June 2019, it entrusted the French giant Engie with the construction of a 30 MWp photovoltaic solar power plant in the Grand Bara region, south of Djibouti.