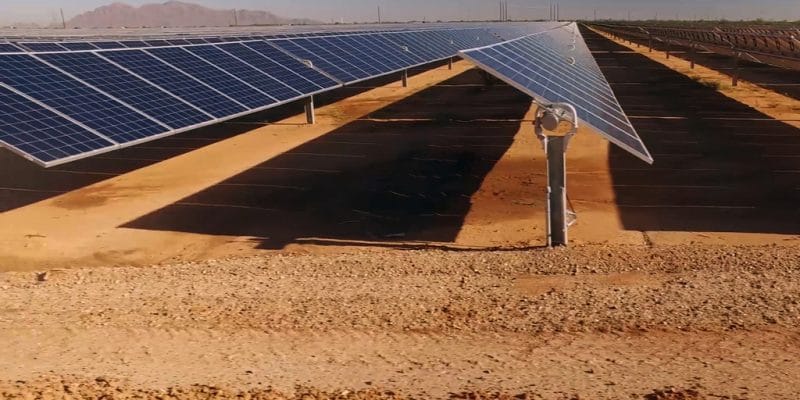 An agreement has recently been signed between the Djibouti government and the French company Engie, which specialises in energy production. The company will build a 30 MW solar power plant in the Grand Bara region, south of Djibouti.

The Government of Djibouti has signed a framework agreement with the French company Engie for the implementation of the first phase of the solar project located in the desert region of Grand Bara, in the south of the country. The agreement concerns the construction of a 30 MW photovoltaic solar power plant.

The solar power plant is part of a much larger project: the construction of a 300 MW solar complex. The overall investment is expected to amount to €360 million. It is an important project that is undergoing some changes and is keeping Djiboutians on the alert. Initially, in 2016, the first phase of the 50 MW project was awarded to Green Enesys, a Swiss company. A ceremony for the laying of the foundation stone was even held, in the presence of Djibouti’s President Ismaïl Omar Guelleh.

Almost 3 years later, no solar panels have been installed in the Grand Bara desert and, logically, the situation of Djiboutians affected by interruptions in electricity supply has not changed much. Engie’s presence on the scene, however, brings hope. The 30 MW it will produce will enable Djibouti to reduce its dependence on Ethiopia, which supplies most of the electricity consumed in the country. Djibouti currently has an installed capacity of 126 MW, produced from thermal power plants.

The government of this East African country, however, aims to consume 100% electricity produced from renewable primary energy sources in the coming years. It is possible, since the country has enormous potential. These include solar energy, with a very sunny territory, and wind energy, with windy coasts. In fact, a 60 MW wind project is currently in the government’s hands. The project involves the construction of a wind farm in the Goubet golf course in the east of the country. Qatar has expressed its willingness to invest in this project….

The largest renewable resource in the country is undoubtedly geothermal energy, with an estimated potential of 1,000 MW. Djibouti is located at the junction of three major rifts, namely the Red Sea Rift, the Gulf of Aden Rift and the East African Rift. At the end of these tectonic plates is a volcanic area with fumaroles and geysers. Such energy trapped in the subsoil, particularly around Lakes Abbe and Assal, is a huge and so far untapped source of renewable energy.