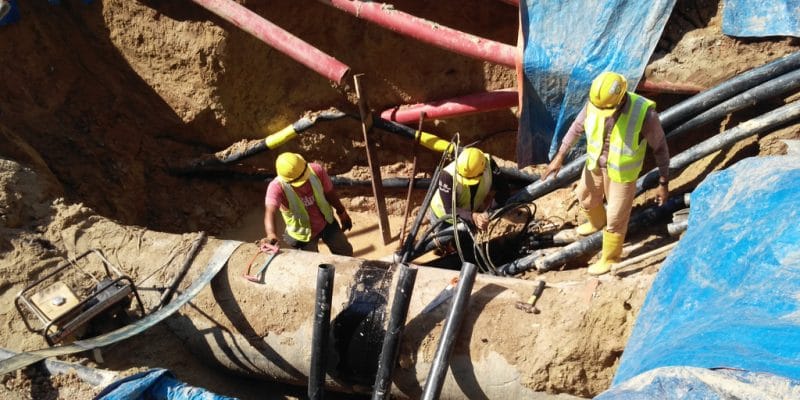 The Ivorian authorities estimate that work on the Agboville drinking water supply project could be completed by September 2020. The project, which required an investment of 26 billion dollars, is being financed with a loan from the World Bank.

The people of Agboville could soon benefit from new drinking water infrastructure. That is the aspiration of the authorities, who a few days ago visited this town located 75 km from the economic capital Abidjan. The aim of the tour was to take stock of the progress of a drinking water supply project. According to Lucien Tchimou, the chief of staff of the minister of hydraulics of Côte d’Ivoire, the work has been much delayed. But at the various sites, workers are already carrying out the final touches.

At this rate, the manager estimates that the site could be delivered before the end of September 2020. The government of Côte d’Ivoire would then have invested 26 billion CFA francs, almost 40 million euros. These achievements are part of the project to strengthen drinking water supply in urban areas (PREMU) in Côte d’Ivoire.

In Agboville, work on the PREMU was launched in January 2018. Among the achievements is the construction of a 500 m3 per hour dewatering station. The station pumps raw water through a pipeline to a drinking water treatment plant capable of supplying 500 m3 of water per hour. The treated water is piped through another pipeline to be stored and distributed from the new water towers built in Arriko city and Adahou districts. The project to strengthen drinking water supply in urban areas (PREMU) should also allow the construction of two resumption stations in Laoguié and Ery Makouguié.

According to the government, the new facilities will enable at least 2,000 social connections to be made, supplying around 41,000 people in Agboville. The city’s PREMU is being financed with a World Bank loan.