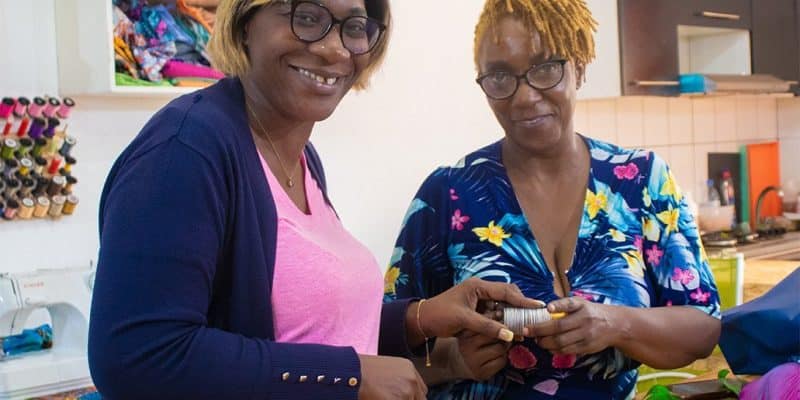 The subsidiary of the French group Bolloré Ports in Congo has teamed up with a local start-up to give a second life to coffee capsules that are widely consumed in the port city of Pointe-Noire.

After the success of its agreement with TotalEnergies for the recycling of used motor oil in 2012, Congo Terminal, the subsidiary of Bolloré Ports in Congo, has signed a partnership with the fashion start-up Julita Gorgeous with a view to recycling coffee capsules in the city of Pointe-Noire, located 503 km from the capital Brazzaville.

To this end, the plastic and aluminium coffee packaging will be collected from the 900 local employees of Bolloré Ports before being transformed into jewellery and other domestic decorative objects. “The coffee grounds (residue, editor’s note) recovered from the capsules are given to nurseries to be used as fertiliser, as are the tea bags,” explains Cameroonian stylist Jacqueline Mote, head of the company Julita Gorgeous.

Eventually, the initiative of Congo Terminal, which hopes to obtain the Green Terminal label from the French group Bolloré, will target the 1.2 million inhabitants of the city of Pointe-Noire, particularly in the districts of Mvoumvou, Lumumba, Tié-Tié, Loandjili, Mongo-Mpoukou and Ngoyo. “We are deploying useful actions to preserve the environment by combining responsible consumption and recycling,” says Patricia Ekey-Misse, head of communications and sustainable development in Central Africa for Bolloré Transport & Logistics.

According to experts, a recycled aluminium capsule can reduce the carbon dioxide (CO2) emissions generated by a cup of coffee by 20%. In this way, the project of Bolloré Ports’ subsidiary in Congo will contribute to the improvement of air quality in this country where pollution is 4 to 5 times higher than the norm, according to the World Health Organisation (WHO).