Homepage » CONGO: In Nkayi, a factory will recycle plastic waste into paving stones

CONGO: In Nkayi, a factory will recycle plastic waste into paving stones 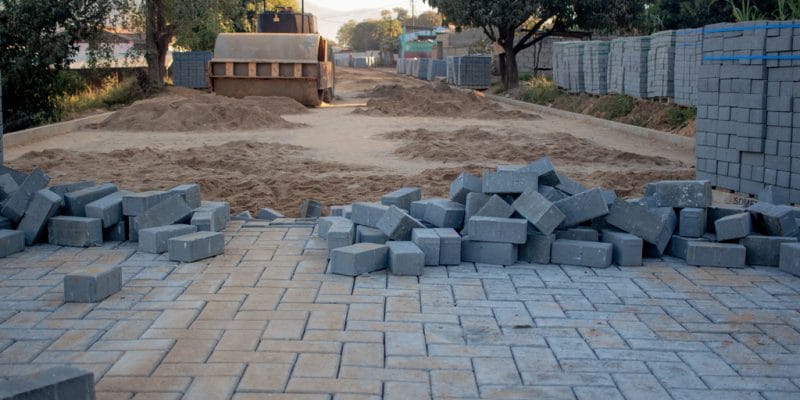 A plastic waste recycling unit will be built in Nkayi, a town in the Bouenza department in Congo. The facility, which is supported by the European Union (EU), will enable the transformation of plastic waste into paving stones as part of the "resilient cities" program in response to problems related to climate change.

Nkayi is one of the largest agro-industrial centers in Congo thanks to its sugar company, the Société agricole de raffinage industriel du sucre (SARIS), a subsidiary of the French group Somdiaa, which concentrates the majority of local jobs with its subcontractors. It is also in this city, located 250 kilometers from the capital Brazzaville, that a factory for transforming plastic waste into paving stones will be built.

The factory, which is eagerly awaited by the 120,000 inhabitants of this town, has received a grant of just over 21 billion CFA francs (about 32 million euros) from the European Union (EU) as part of its “resilient cities” program, which supports local and sustainable development, but also climate action.

This initiative is supported by local authorities and its implementation has been entrusted to a non-governmental organization (NGO) that will be in charge of the pre-collection, collection and sorting of household waste and plastic objects in Nkayi. “The sorted plastic objects will be used to make paving stones that will be installed on the city’s arteries to improve the living environment, urbanization, jobs and growth,” explains Cyrille Mbéri, the director of municipal technical services in this main city of the Bouenza department.

The EU’s “Resilient Cities” program for sustainable development is part of the 11th European Development Fund (EDF). Its sanitation component targets some 110,000 inhabitants of Nkayi and the Owando district (in the Cuvette department), as well as 3,000 households and 20 schools in these two Congolese localities.

The future paving stone production unit should help reduce the proliferation of plastic waste. According to the Congolese Ministry of the Environment, the production of plastic waste in the city of Brazzaville alone is estimated at an average of about 300 tons per day. Faced with this situation, initiatives are being put in place to try to provide sustainable solutions, including the recycling of paving stones.

The paving stone, a second life for plastic

The association Recy Plast manages a landfill installed on an area of 4,700 m2 in the Kombé district, in the suburbs of the capital Brazzaville since 2019. This team of ten people gives another life to plastic and glass waste by transforming them after recovery. The manufactured paving stones are used for various landscaping works and sold at a price of 5,000 CFA francs (more than 7 euros) per m2 allowing the association to generate an average monthly income of 1,000,000 CFA francs (more than 1524 euros).

In the neighboring Democratic Republic of Congo (DRC), efforts are still needed, but the fight is very active as the UN Environment reported in 2012 a daily production of 48,154 kg of plastic waste. Faced with the worrying situation in the metropolis of Kinshasa, which has a population of 17 million, awareness-raising initiatives are multiplying, such as the Mushezo y’Afrikal festival, which in 2019, for example, gave voice to the visual artist Junior Luwaka to denounce insalubrity in his work entitled Bololenkemi (“Beast I am”, in Mongo, a local language)