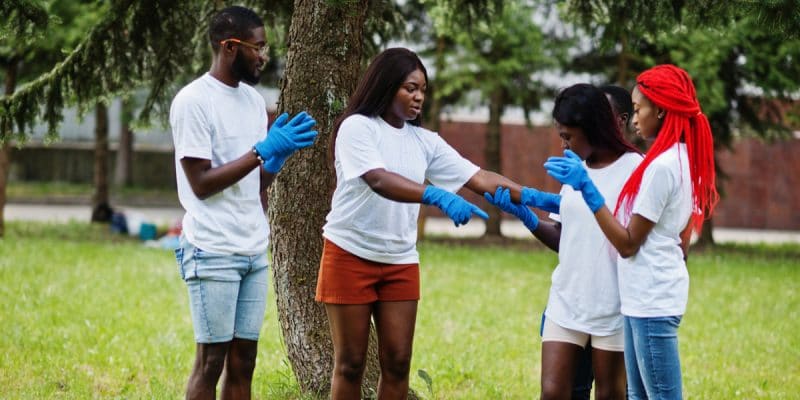 The Congolese Minister of the Environment is pleased with the level of environmental awareness of her young compatriots. A recent survey conducted among African youth ranks the Republic of Congo as the third African country where young people feel directly concerned about protecting the environment. The Central African country is preceded successively by South Africa and Rwanda.

In Congo Brazzaville, young people are quite strongly aware of environmental issues. According to the results of the African Youth Survey 2020, 62 per cent of Congolese youth feel directly concerned about environmental protection, and 74 per cent of them are concerned about the risks of poaching, wildlife trafficking and damage to biodiversity. This makes the Republic of the Congo the third African country where young people are aware of the ecological challenge.

This observation is a source of pride for the Minister of Tourism, Environment and Sustainable Development. “These encouraging results are the fruit of the tireless educational work carried out for decades by the Head of State, Denis Sassou N’Guesso. And they are for all of us an injunction to do more and better for the preservation of our beloved country”, said Arlette Soudan-Nonault, on March 3, 2020, on the occasion of the celebration of Africa Environment Day. To preserve this achievement, the Minister called on young people to follow the example of Wangari Muta Maathai, whose memory is also celebrated on March 3rd each year by the African Union. The first Kenyan biologist and the first African woman to receive the Nobel Peace Prize (in 2004), before she died on September 25, 2011, was an African figure in the environmental cause. She was still called the “Mother of Trees” because of her campaign to plant trees across Kenya.

Rwanda is the leading African country where young people are ecologically aware.

More generally, the survey finds that most young Africans are concerned about human action on nature. However, few of them have perceived the impact of global warming on their living environment.

This work is justified by impressive forecasts on African youth. “The continent’s population is currently 70 per cent under the age of 30. By 2050, the continent will have the largest number of young people, almost double the youth population of South and South-East Asia, East Asia and Oceania. By 2100, Africa’s youth population could be twice the size of Europe’s total population,” says the survey report.