Homepage » CONGO: $14 million from the USAID to develop ecotourism in the Nouabalé-Ndoki park

CONGO: $14 million from the USAID to develop ecotourism in the Nouabalé-Ndoki park 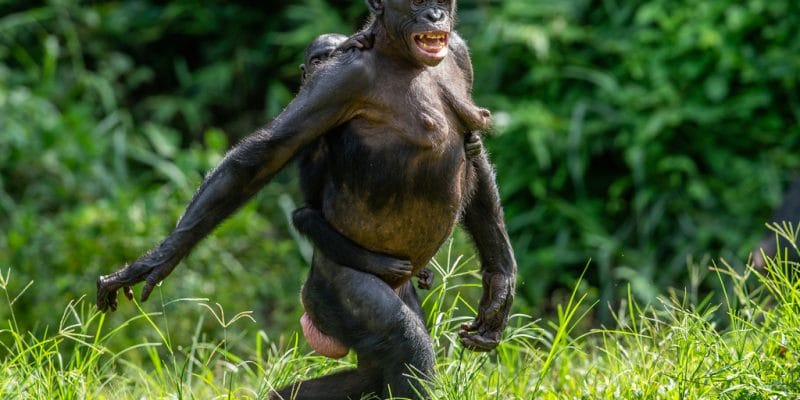 In Congo Brazzaville, the Congo conservation company (CCC) has just signed a $14 million funding agreement with the United States Agency for International Development (USAID). The funds will be used to implement an ecotourism development project in the Nouabalé-Ndoki National Park in the north of this Central African country.

Migrating towards sustainable tourism is the goal of the government of Congo, which concluded an agreement with the United States Agency for International Development (USAID) on December 3rd, 2020. Within the framework of this partnership, the American institution will lend 14 million dollars to Congo through the Congo Conservation Company (CCC) group. The funds will be used to promote ecotourism in the Nouabalé-Ndoki National Park in the north of the country. The natural area is part of the Sangha trinational alongside the Lobeké National Park in Cameroon and the Dzanga-Ndoki National Park in the Central African Republic (CAR).

Congo Brazzaville is just beginning to benefit from its rich biodiversity, which it wishes to preserve. In implementing its ecotourism project, the Congolese authorities will enhance the natural areas and conserve the biodiversity of the Nouabalé-Ndoki park, which is threatened by poaching and the installation of sawmills that exploit the reserve’s timber. The site, which covers 4500 km2, is home to the three crocodile species of the African continent. The Nouabalé-Ndoki park is also home to freshwater turtles, elephants, bush pigs, western lowland gorillas, panthers, buffaloes, chimpanzees and more than 300 species of birds.

Development of the local economy

The ecotourism project developed in the Congo will thus focus on the discovery of ecosystems and the active participation of local populations and tourists in safeguarding biodiversity. It will also contribute to the development of the local economy.

The activities relating to the ecotourism project in Nouabalé-Ndoki will support the actions already undertaken by Congo to conserve the biodiversity of the cross-border natural space. On January 31st, 2020, the United Nations Educational, Scientific and Cultural Organization (UNESCO) inaugurated a stela in the park. The site was included on the indicative list of national parks of the Congo in June 2008. And since 2012, it has been part of the World Heritage of Humanity.