Homepage » CENTRAL AFRICA: A stela for biodiversity conservation in Sangha

CENTRAL AFRICA: A stela for biodiversity conservation in Sangha 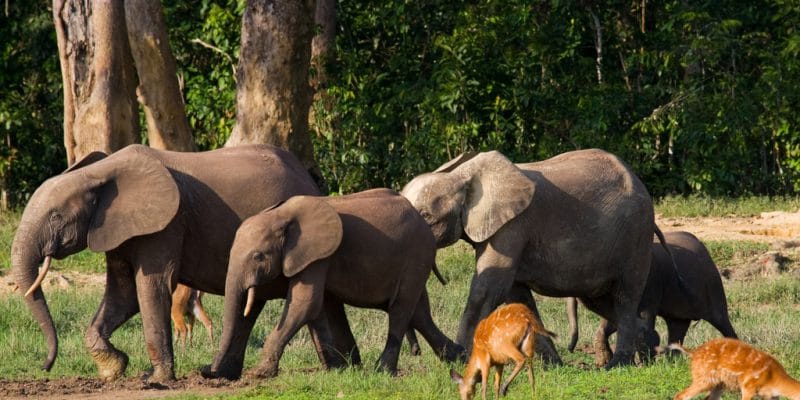 The Congolese government and the United Nations Educational, Scientific and Cultural Organization (UNESCO) have recently inaugurated a stela in the Nouabalé Ndoki National Park. The installation of the accompanying commemorative stone is intended to encourage efforts to conserve the biodiversity of this cross-border natural area, made up of three national parks in three countries.

The Sangha Trinational, a natural space shared by three African countries (Cameroon, the Republic of Congo and the Central African Republic) now has a stela. It was unveiled on January 31, 2020 in Kabo, in the Nouabalé Ndoki National Park in Congo Brazzaville, by representatives of the Congolese government and the United Nations Educational, Scientific and Cultural Organization (UNESCO). The park is part of the Sangha Trinational alongside Lobeké National Park in Cameroon and Dzanga-Ndoki National Park in the Central African Republic (CAR).

The objective of the Congolese government and UNESCO is to pay tribute to the efforts made to preserve the biodiversity of the Sangha Trinational forest and, in so doing, to encourage them. For this natural area is threatened by poaching, the installation of sawmills that exploit the reserve’s wood, as well as roads. The passage of these roads near the park encourages the settlement of populations, which in turn creates new pressures on the ecosystem, not to mention the fragmentation of the habitat of certain animals that then struggle to reproduce.

The EU and UNESCO’s support for biodiversity conservation efforts

The European Union Commission and UNESCO are supporting Cameroon, Gabon, Congo and the Central African Republic in their policy to preserve the Sangha Trinational through a comprehensive conservation project. The first phase led to the registration of the Nouabalé Ndoki National Park on the Tentative List of National Parks of Congo in June 2008. The reserve has been part of the World Heritage of Humanity since 2012.