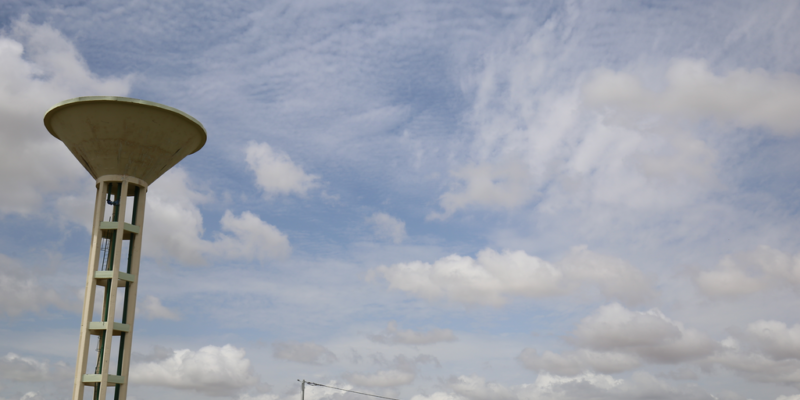 The Chadian Minister of Urban and Rural Hydraulics, Tahani Mahamat Hassan, recently launched a project to strengthen the supply of drinking water in Mao, a town in the Kanem province of Chad. The project will be implemented by the Wadi Koundi company.

In Chad, the government will provide the town of Mao, in the province of Kanem, with new drinking water production facilities. Chad’s Minister of Urban and Rural Hydraulics Tahani Mahamat Hassan recently launched the construction of a water tower in the town in Kanem province.

The facility will be built by the Chadian company Wadi Koundi. It will have a capacity of 1000 m3 per day.  The water will be distributed via a 14 km long distribution network that will be pumped from the groundwater table before reaching the population via 41 public fountains. Of these community taps, 12 will be rehabilitated as part of the drinking water project.

According to the Chadian Minister of Urban and Rural Hydraulics, the Wadi Koundi company should deliver the drinking water supply facilities in 16 months. In addition to improving the service, the drinking water project will help to reduce the number of deaths due to water-borne diseases such as cholera, typhoid, diarrhoea, etc. in Mao.

The work in Mao is part of the Semi-urban and Rural Water Supply and Sanitation Programme (PAEPA SU MR). The programme, co-financed by the Chadian government and the African Development Bank (AfDB), aims to improve the living conditions of the population through the provision of drinking water and sanitation by 2030. Currently, one person in two has access to drinking water in Chad, a rate of 53% according to the AfDB; hence the need to “develop this resource”, as all the stakeholders emphasised on the recent water day.

In February 2021, construction work on a drinking water supply system (AEP) began in the locality of Kana. This other project should be completed in 10 months.