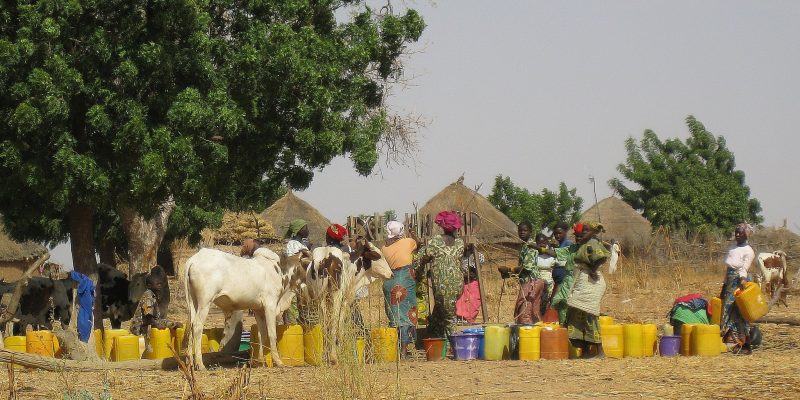 The Chadian authorities have recently launched in Moundou, the "education and communication" component of the drinking water supply and sanitation programme in semi-urban and rural areas in 11 regions. The programme is supported by the African Development Bank (AfDB).

It is in Moundou, the economic capital of Chad, that the “education and communication” phase of the drinking water supply and sanitation programme in semi-urban and rural areas of eleven regions (PAEPA SU MR) has been launched. It was during a ceremony presided over by the local authorities. The objective of the programme initiated by the Chadian government is to strengthen access to drinking water, sanitation and hygiene services within the framework of the Kigali Action Plan Initiative (KAPI).

This plan was concluded by the Heads of State and Government of the African Union (AU), with a view to assisting member countries that have failed to achieve the Millennium Development Goals (MDGs) in the water and sanitation sector. Chad is one of them; hence the SU MR EAPAP which will cover the regions of Borkou, Ennedi, Tibesti, Mayo-Kebbi, Tanjile, Eastern Logone, Western Logone, Mandoul, Middle Shari, Salamat and Sila.

According to the governor of the Western Logone region, Dago Yacoub, 68% of Chadians still practice open defecation, even though it carries diseases such as typhoid fever, cholera, hepatitis, poliomyelitis, etc. The drinking water supply and sanitation programme for semi-urban and rural areas in 11 regions could remedy this situation by building latrines in rural areas.

The programme should also make it possible to build several large-diameter mini drinking water supply systems (WSS) equipped with solar pumps to supply the population and grow vegetables. The programme will require a total investment of 80 billion CFA francs, or about 122 million euros. The Chadian government is financing the project with the support of the African Development Fund (ADF), the soft loan window of the African Development Bank (AfDB).

The AfDB estimates that the programme will eventually benefit more than 2 million people, i.e. 750,000 additional people or direct beneficiaries for drinking water and 364,000 additional people for sanitation, 54% of whom are women. These beneficiaries represent 14.55% of Chad’s total population estimated at over 15 million by the World Bank in 2018.