CHAD: African Parks to manage Zakouma Park for another 5 years 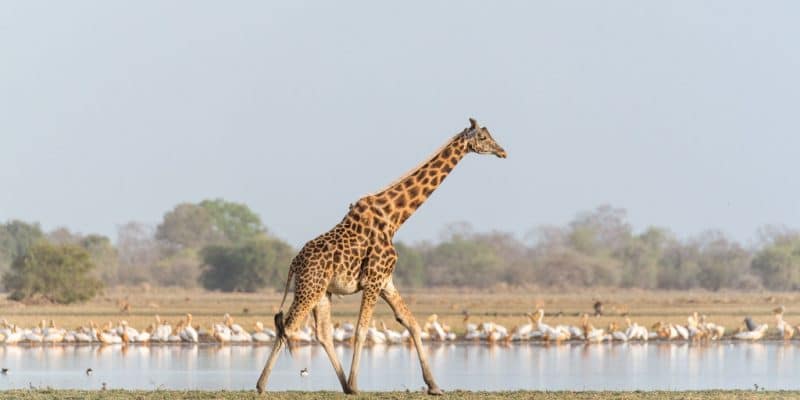 The Chadian government renews the existing agreement with the organisation African Parks Network, for the protection of the Large Functional Ecosystem of Zakouma. This complex was created from the Zakouma National Park, which African Parks has been managing under delegation since 2010.

African Parks Network will manage the Zakouma Large Functional Ecosystem at least until 2027. So decided the Chadian government through the renewal of the existing agreement with this nature conservation organization based in Johannesburg, South Africa. The Large Functional Ecosystem of Zakouma is a group formed by the Zakouma National Park managed since 2010 by African Parks, to which the Chadian government has associated since 2017 the wildlife reserves of Siniaka Minia and Bahr Salamat, as well as the adjoining wildlife corridors.

Like Zakouma, these wildlife reserves in the Salamat province are being reborn after many years of poaching, which particularly affects pachyderms, especially elephants and rhinos. “The revised management agreement will enable the Chadian government, African Parks and local communities to continue to build on this positive momentum. Central management priorities will include ongoing biodiversity restoration initiatives including translocation and introduction of key species,” says African Parks.

Among the South African organisation’s ongoing biodiversity restoration initiatives is a buffalo reintroduction operation in the Siniaka Minia Game Reserve. The operation, launched in February 2022 under the supervision of the Chadian Ministry of Environment, Fisheries and Sustainable Development, aims to transfer 2,000 buffalo from the Zakouma National Park, which already has more than 15,000 buffalo.

Read also- AFRICA: African Parks gets $108m for the management of its national parks

The reduction in poaching in Zakouma has also benefited the elephants, which have seen their populations increase by 40%. In fact, none of these pachyderms have been poached in the last six years according to African Parks.

The development of ecotourism

This success is also due to the many partners in the Zakouma National Park Biodiversity Restoration Project, including the European Union (EU), Segré Foundation, JRS Biodiversity Foundation (JRS), Save the Elephants and the Elephant Crisis Fund (ECF) of the Wildlife Conservation Network, Silent Foundation, the US Department of State, the US Fish and Wildlife Service (USFWS), and the Lion Recovery Fund (LRF) of the Wildlife Conservation Network.

In addition to wildlife restoration and protection, African Parks is now also focusing on ecotourism development. This activity will generate the income needed to preserve biodiversity and the livelihoods of the local communities. But the organisation will also have to deal with a problem linked to biodiversity conservation, namely human-wildlife conflict.

Incidents involving wildlife are frequently recorded in Salamat province. At the launch of the buffalo reintroduction operation in the Siniaka Minia wildlife reserve, the governor of Salamat province, Abdoulaye Ibrahim Siam, pleaded for the acceleration of the compensation mechanism for victims of wild animals, which is considered too slow.