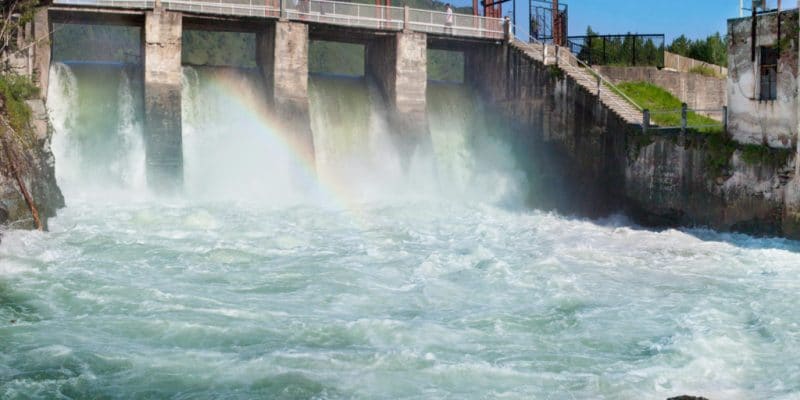 An agreement was signed this week between the authorities of the Central African Republic and the China Gezhouaba Group Company (CGGC) in Beijing. It paves the way for the rehabilitation of the Boali II hydroelectric plant 100 km away from Bangui.

The benefits of Faustin-Archange Touadéra’s trip to China are already visible. The President of the Central African Republic (CAR) was in Beijing for the China-Africa Forum Summit (3 to 4 September 2018). On the sidelines of this meeting between African and Chinese leaders, the Central African Minister of Economy, Planning and International Cooperation, Felix Molouaa signed an agreement with China Gezhouaba Group Company (CGGC), in the presence of President Touadéra. Purpose of the contract: the rehabilitation of the Boali II hydroelectric power plant. The rockfill dam is located 105 km from Bangui, and contributes to supplying electricity to the more than 800,000 inhabitants of the capital.

The objective is to increase the generating capacity of the plant by 50%, from 10 MW to 15 MW. For this project, the country can count on the support of the African Development Bank (AfDB), which has agreed to lend 8 billion CFA francs, or more than 12 million euros. This is an attempt by the government of the Central African country to limit blackouts in and around the capital Bangui.

A very low rate of access to electricity, but many projects

CAR remains one of the African countries lagging behind in terms of population access to electricity. According to Moussa Ousman, Director of Energy at the Ministry of Mines, Energy and Hydraulics, the country has an electrification rate of 3% throughout its territory, covering an area of 623,000 km². According to this official, the capital, Bangui, has a 20% electrification rate. At the other end of the spectrum, some regions do not exceed 1%; a non-negligible situation.

To address the issue, the government has put in place the ambitious Investment Project 2015-2030, one of the steps of which has just been completed with the imminent start of the rehabilitation of the Boali II hydroelectric plant. This project also includes the hydroelectric developments of Lobaye (75 MW), Dimoli (180 MW), Lancrenon (20 MW, on the border with Cameroon), Kotto (40 MW)…

Solar power is not to be outdone, with the creation of a park near the capital Bangui with a production capacity of 70 MW. The programme also includes the creation of photovoltaic solar parks in several administrative areas with a combined capacity of 50 MW. This infrastructure should be accompanied by an electricity transmission network and to make the dream come true, about 2,200 billion CFA francs, or nearly 3.7 billion dollars should be disbursed.