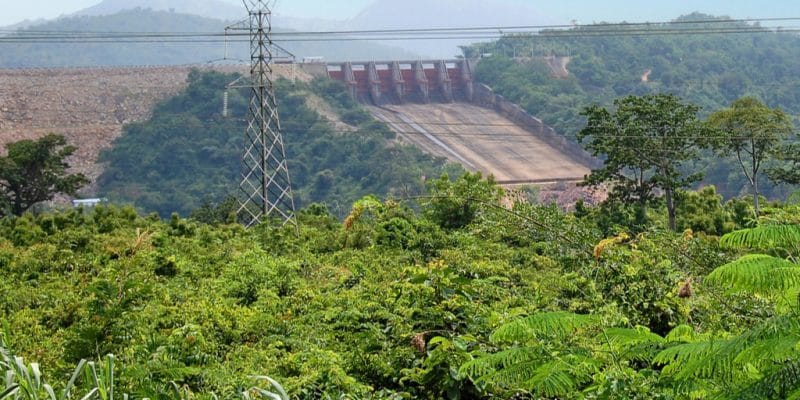 The African Development Bank (AfDB) is providing US$3.5 million to the Central African authorities for the implementation of the first phase of an electricity interconnection project with the Democratic Republic of Congo (DRC) and the rehabilitation of the Boali hydroelectric power station in CAR.

The rehabilitation of the Boali hydroelectric power station is taking shape. The African Development Bank (AfDB) is providing an additional 3.5 million dollars for the implementation of this crucial project, which should make it possible to reduce load shedding in the Central African capital Bangui. This envelope comes in addition to the first financing granted by the African Development Fund (ADF), the AfDB’s concessional loan window.

The rehabilitation of the Boali hydroelectric power station will require an investment of 5.97 million dollars, 59.16% of which is provided by the ADF and 40.84% by the government of the Central African Republic (CAR). The aim of this project is to improve the availability, access rate and reduce the very high cost of electricity in CAR and in some localities in the Democratic Republic of Congo (DRC).

Interconnection with the DRC

The contract for the rehabilitation of the Boali hydroelectric power station has been awarded to China Gezhouba Group Company (CGGC), a company based in Wuhan, China. It should take advantage of this to increase the capacity of the facility from the current 10 MW to 15 MW in the near future.

According to the AfDB, its new financing of 3.5 million dollars will also enable the updating of the feasibility study for the project to electrify nine localities in the DRC from the Mobayi hydroelectric power station (DRC). The initial project is planned to be carried out in two phases. Phase 1, which is currently under way, concerns the rehabilitation and reinforcement of production units, electricity transmission lines, transformer stations and distribution networks. It mainly concerns the Central African Republic, but also covers the localities of Zongo and Libenge in the DRC.

The cost of Phase 1 is estimated at $50.05 million and is expected to be completed by the end of 2021. Phase 2 will mainly concern the 110/132 kV transmission line linking the city of Bangui, the capital of CAR, to those of Zongo and Libenge in DRC. According to the AfDB, all contracts for the initial project have already been awarded. The project “will increase the supply of electricity, mainly from hydropower, and increase the availability of the existing generating fleet. In the medium term, the implementation of the Mobayi hydroelectric project will give access to electricity to more than 100,000 inhabitants of the nine localities in the project area, i.e. more than 14,000 households,” explains the pan-African financial institution based in Abidjan, Ivory Coast.