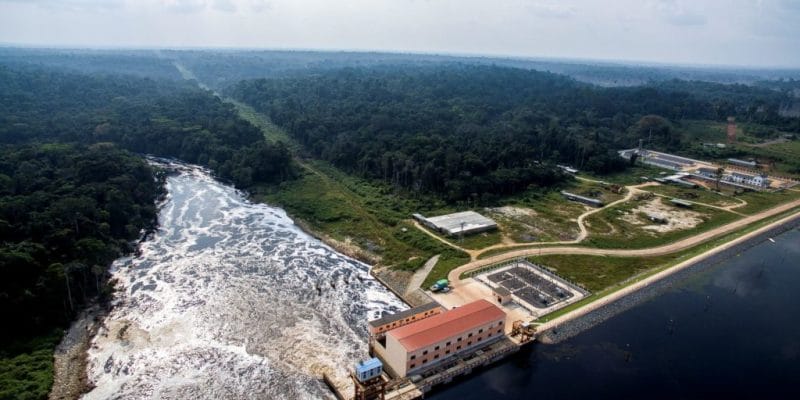 The Cameroonian authorities in charge of energy issues are partially restarting the Mekin hydroelectric power station. Located in the south of Cameroon, the installation is already injecting 11.2 MW into the national electricity network.

Load shedding should decrease in southern Cameroon. This is what the Cameroonian Minister of Water and Energy promises. Gaston Eloundou Essomba recently visited the site of the Mekin hydroelectric dam for the partial commissioning of this facility located in the southern region of Cameroon. The plant was originally scheduled to be commissioned in 2015. After years of delay, the facility began generating electricity in 2020 before being shut down due to a failure in the “neutral point coil”.

The plant now feeds 11.2 MW into the Southern Interconnected System (SIS), which is 75% of the capacity of the facility designed to deliver 15 MW. Following the repairs, Hydro Mekin, the company that operates the hydropower scheme, says production testing is continuing for the final unit of the hydropower plant to be energised in the fourth quarter of 2022.

The electricity currently produced should benefit the populations of the councils of Sangmelima and Meyomessala in the southern region, as well as those of Mbalmayo in the central region. But on the ground, the public service company Eneo is behind in connecting the population. This delay is due to the rehabilitation of the 30 kilovolt electricity distribution line on the Mbalmayo-Sangmelima-Ndjom Yekombo axis, the delivery date of which is not yet known.

The Cameroonian authorities must also face the anger of the population who have been demanding compensation since the dam’s impoundment, whose reservoir has swallowed up their livelihoods. All these challenges inflate the cost of the Mekin hydroelectric project, already estimated at 34.5 billion CFA francs (52.5 million euros) in 2020.

The Mekin dam is located on the Dja River, a tributary of the Sangha that flows into the Congo River. The dam has a reservoir with a “central spillway” type spillway with bottom openings. Equipped with three turbines, its power plant connects to the RIS through a 110/30 kv interconnection station located at Ndjom Yekombo. The engineer China National Electric Engineering Corporation (CNEEC), which is in charge of setting up the hydroelectric scheme, installed a 110 kV connection line over a distance of 33.1 km.