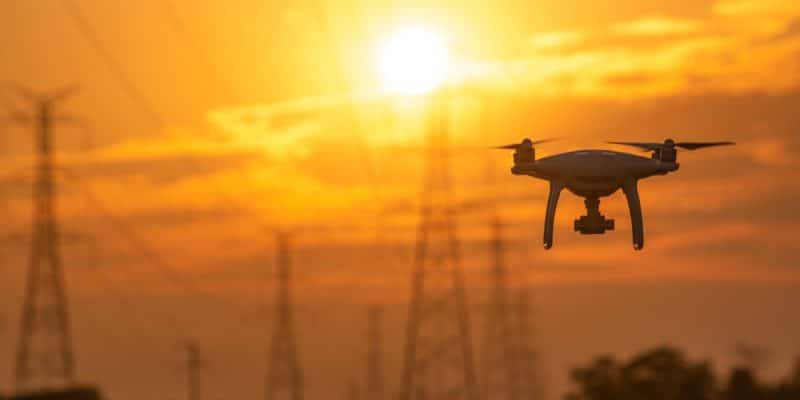 A young Cameroonian engineer has developed a prototype drone that uses solar energy. The eco-invention is primarily intended for the fight against terrorism in the Far North region of Cameroon, with a fragile ecology that has become unmanageable due to insecurity.

Perhaps by an ecological means, the end will come for Boko Haram, a terrorist sect that has been bereaving families in the far north of Cameroon and in the rest of the Lake Chad basin region, since 2014. Its repression by a military coalition made up of the countries such as Niger, Nigeria, Chad and Cameroon killed more than 35,000 people and displaced 1.8 million. A balance sheet serious enough to raise concerns at all levels.

It is in this context that Borel Teguia’s invention comes into play. The 25-year-old engineer, trained in renewable energy at the Polytechnic University of Maroua in the far north, developed the RS21. It is a prototype of a flying wing drone that can be fuelled with solar energy. A feature that allows the drone to recharge its batteries during the flight from the sun’s energy, giving it one to two hours of flight time.

It is therefore an ecological drone and the purpose of this invention is to contribute to the fight against the terrorist sect Boko Haram, through border surveillance. “This mini-machine could fly, take images that could be visualised in real time, and allow better surveillance of Cameroon’s borders,” explained the young engineer.

The unstable situation caused by Boko Haram in the Lake Chad Basin region is also detrimental to local ecology. In this strategic and historic region, a century-old crossroads on the Sahel’s trade routes linking the Atlantic coast to the Red Sea, instability and the rise of violent extremism are affecting environmental integrity. Lake Chad, which is subject to strong human pressure and the effects of climate change, has shrunk considerably in recent years. Its surface area has increased from 25,000 km2 in the 1960s to about 3,000 km² today. It could therefore disappear due to a lack of conservation measures. However, if the countries of the Lake Chad Basin are willing to carry out conservation actions there, access to the lake is often made impossible because of insecurity, which significantly hinders the application of protection measures.

Solutions such as a solar border surveillance drone could also help to facilitate protection work by assisting in the security of missions. In addition to the advantage of its energy simplicity, this drone could help to put an end to the attacks on Boko Haram, opening up access to the restoration work on Lake Chad.

Currently available as a prototype, Borel Teguia’s solar drone is intended to be scaled up to industrial level. To this end, in May 2019, Borel launched a fundraising campaign for some 762,000 euros, or 500 million CFA francs.