Homepage » CAMEROON: Government concerned about the gradual disappearance of pangolins

CAMEROON: Government concerned about the gradual disappearance of pangolins 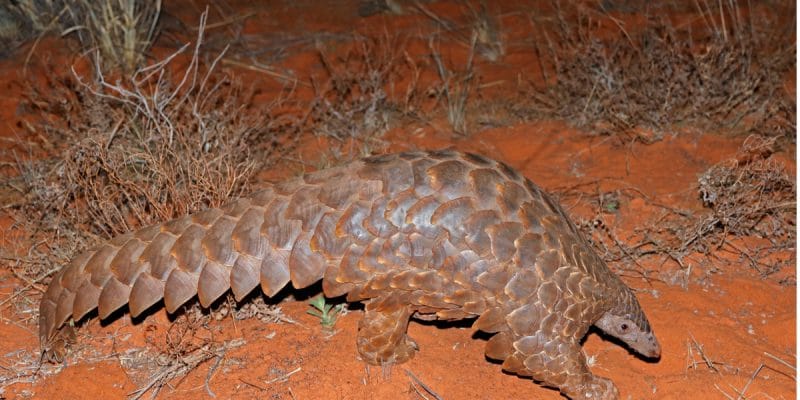 Pangolins are becoming increasingly rare in Cameroon due to poaching and trading of their scales. During the 9th edition of World Pangolin Day, celebrated on February 15, 2020, the Cameroonian government raised awareness of the plight of pangolins and asked for the collaboration of the population to save the species.

The data on pangolin poaching in Cameroon are sufficiently eloquent and worrying. In 2019, a total of 2.3 tons of pangolin scales were seized at the Douala port. In 2017, the port of Douala was also the site of the largest seizure of pangolin scales ever made in Central Africa. The illegal shipment of 5 tons was about to be shipped to China, a country considered to be the main destination of the scales leaving the region.

To alleviate the problem, the authorities took the opportunity of the 9th edition of World Pangolin Day, celebrated on the 15th of February 2020, to raise public awareness against the poaching of pangolins. Leaflets were distributed and a press conference was held to enable the general public to understand what is happening to pangolins. “The species is becoming rare. Seizures over the past decade provide sufficient evidence that the pangolin is seriously threatened. It is therefore necessary that pangolin conservation becomes everyone’s business,” said Joseph Lekealem, Director of Wildlife and Protected Areas at the Cameroonian Ministry of Forests and Wildlife.

In Cameroon, traffickers maintain unbridled pressure on the pangolin, even though protection of the mammal has been strengthened. Its status has been transferred from class B to class A, where the animal benefits from full protection: prohibition of hunting, exploitation and possession.

What if the Coronavirus was the best protection for the pangolin?

According to scientists, the Coronavirus epidemic that continues to spread throughout the world, resulting in several thousand deaths, has been transmitted to humans by the pangolin. The news has been relayed by the media around the world, arousing the mistrust of some people towards the small defenceless scaled mammal, which curls up into a ball when it feels threatened. In China, where the pangolin is highly prized and the coronavirus appeared at the end of December 2019, the authorities reacted quickly. The withdrawal of pangolin meat from gourmet menus was included among the means of preventing the Coronavirus.