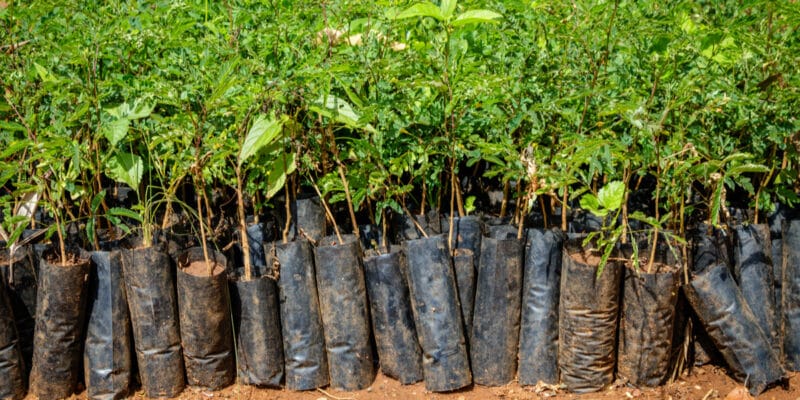 The Lékié division in the Centre region of Cameroon is benefiting from a reforestation campaign of 100,000 fruit trees. The initiative, launched on April 24th, 2021 by the Centre for International Forestry Research (CIFOR), aims to reduce environmental damage in the wood energy value chain.

The uncontrolled production of wood for energy is a significant factor in deforestation in sub-Saharan Africa. According to the Center for International Forestry Research (CIFOR), more than 60% of households in this region use wood as their main source of energy for cooking. This trend is expected to increase over the next few decades, according to the same source, due to the lack of alternative energy sources and the growing demand for charcoal in urban centres.

Located in the Congo Basin, Cameroon is one of the countries in sub-Saharan Africa where CIFOR wants to curb the deforestation curve in the wood energy value chain. To achieve this, the centre has launched its GML project “Governance of multifunctional landscapes in sub-Saharan Africa: managing trade-offs between social and ecological impacts”. This project aims to contribute effectively to the sustainable management of wood energy value chains and the improvement of people’s living conditions, with a particular focus on the restoration of degraded landscapes, through the planting of 100,000 trees made up of fast-growing species for wood energy (70%), but also edible fruit species (30%). “The objective is not to plant only trees, but rather to make the trees grow. That is why we are taking the communities, with the support of the communes, to take ownership of the initiative, which they will learn to use through an agroforestry system, allowing them to practice agriculture on reforested sites while maintaining the trees at the same time,” explains Abdon Awono, the coordinator of the GML project in Cameroon.

A project funded by the European Union

Funded by the European Union and coordinated by Cifor, the GML project has a duration of four years. Its implementation in Cameroon has begun in the councils of Okola and Evodoula. It will subsequently be extended to the other councils of the Lékié division and beyond.

This project also contributes to achieving the objectives of the strategy for the development of forest plantations and the restoration of degraded landscapes, adopted in 2019 by the Cameroonian government. “We encourage Cifor to pursue similar initiatives, which are important in the fight against deforestation and in improving the living conditions of the people of Lékié,” says Salomon Belinga, Head of the Regeneration, Reforestation and Silviculture Extension Unit at the Cameroon Ministry of Forests and Wildlife.

In addition to Cameroon, the GML project is being carried out in Zambia and Kenya in East Africa.