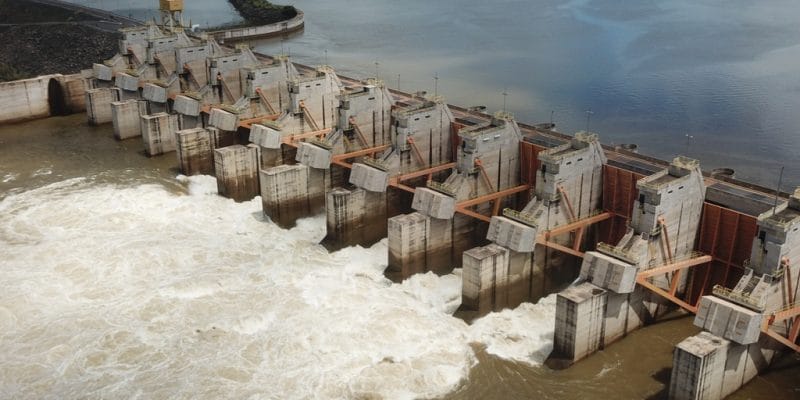 The World Bank has just validated the financing of the construction of the Nachtigal dam, for a total amount of 794.5 million dollars, or more than 447 billion CFA francs. This money could give a boost to the construction of this dam located in the department of Bam and Kim, in the centre of Cameroon.

The Nachtigal hydroelectric project in the Central region of Cameroon is receiving a boost from the World Bank. The international financial institution is releasing 794.5 million dollars (more than 447 billion CFA francs) for the construction of this infrastructure.

This funding will be provided through the International Finance Corporation (IFC), which has been working on this project for 5 years. This hydroelectric project has been awarded to Nachtigal Hydro Power Company (NHPC, a project company), which will also operate the project. The Nachtigal hydroelectric dam will have a generating capacity of 420 MW.

“The Nachtigal project, one of the very few public-private partnerships (PPPs) to have emerged in the hydropower sector in sub-Saharan Africa, will accelerate Cameroon’s development goals, including poverty reduction,” said Elisabeth Huybens, World Bank Director of Operations for Cameroon. The dam will be located on the Sanaga River, in the village of Nachtigal (named after the German explorer Gustav Nachtigal, editor’s note).

This project includes the construction of a roller compacted concrete dam, a factory canal and a power plant that will operate with 7 groups of 60 MW each. It also plans to build a line that will carry energy to Yaoundé, the capital. The water reservoir will have a capacity of 27.8 hm3, over an area of 421 hectares. In 2022, the planned completion date, the dam will be 1455 m long and 14 m high.

To facilitate the progress of the initiative, a project company was created. These are NHPC, which has the project in which the three shareholders, the State of Cameroon (30%), IFC (30%) and Electricité de France (EDF), which holds 40% of the shares. Several institutions dependent on the World Bank contributed $794.5 million to the financing of the project. In detail, the latter states that “the International Bank for Reconstruction and Development (IBRD) and the Multilateral Investment Guarantee Agency (MIGA) provided respectively $300 million and $262.5 million in guarantees, while the International Finance Corporation (IFC) provided $70 million in equity, $152 million in loans and foreign exchange risk management in the form of swap operations. »

The Nachtigal hydroelectric project was the subject of an initial environmental and social impact study in 2006. The Cameroon Ministry of the Environment validated the study with an environmental compliance certificate issued in April 2007.

A second study was carried out in 2011, also validated by the Ministry of the Environment 3 years later. The project could influence the living conditions of several animal species, including the giant pangolin, a species of toothless insectivore mammal remarkable for its scales. Its habitat will be modified by the large dam. For this reason, the authorities are currently drawing up an environmental and social management plan. Will it save this protected species? Nothing is less certain.