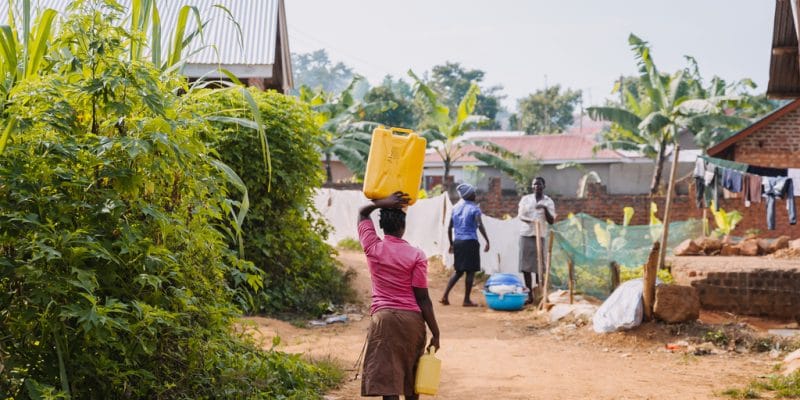 The French Development Agency (AFD) has approved a loan of 24 billion francs (37 million euros) for Burkina Faso. The funds are intended to finance a drinking water project for three municipalities.

The Government of Burkina Faso now has sufficient funds to implement part of the Investment and Capacity Building Programme of the National Office for Water and Sanitation (PIRC/ONEA). The French Development Agency (AFD) has released 24 billion CFA francs (37 million euros).

This financing was the subject of an agreement signed between Burkina Faso’s Minister of Economy, Lassané Kaboré, and AFD’s Deputy Director, Anne-Lise Reve, in the presence of the French Ambassador to Burkina Faso, Xavier Lapeyre de Cabanes. Under the terms of this agreement, €32 million is being lent, while €5 million will be in the form of a grant.

With AFD’s 37 million euros, the government plans to rehabilitate the Ouahigouya dam. The project will also include the Guitti water reservoir, currently under construction near the city of Ouahigouya in northwestern Burkina Faso. This will bring the retention capacity to 43.7 million m3 of water. Downstream of this dam, a drinking-water plant will also be built. Close to the plant, the National Office for Water and Sanitation (ONEA) will install a pumping station.

The water will be channelled through an 80 km-long pipeline network to supply the municipalities of Bobo-Dioulasso, Ouahigouya and Séguéneg, as well as the surrounding villages. In the cities of Ouahigouya and Séguéneg, the government plans to rehabilitate and extend the drinking water distribution network. The work is expected to be completed in 2023. AFD estimates that at the end of the project, 225,000 people will have a drinking water supply with 150,000 new connections to the distribution network.

This project will focus on solving the crucial water supply problem in the Sahelian city of Ouahigouya, where women and children are still struggling to fetch water. The inhabitants of the area have lived for several years hoping to consume water, without having to travel for miles. The municipality is confident that the Guitti dam, whose construction work began in 2009, will improve people’s access to drinking water. This work was scheduled to be completed in 2012, but the project has been delayed. The populations of this locality also rely on Guitti’s water reservoir for irrigation of their rice fields.