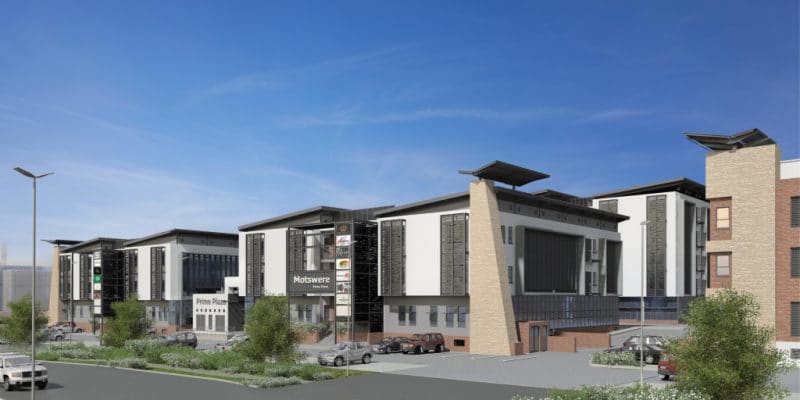 The Prime Plaza real estate project has been awarded the "Green Star Africa" label for the quality of its green construction. The buildings, located in the Botswana capital Gaborone, were recently built by PrimeTime Property Holdings.

The Green Star Africa – Office Design v1.1 award for the Prime Plaza building project has been awarded by the Green Building Council South Africa (GBCSA). The label is designed to distinguish green buildings in Africa, based on a number of criteria, including effective waste management during the construction phase and the implementation of a recycling system on the construction site. As water is a major issue in a sub-Saharan African country like Botswana, which is known for its arid climate, the Green Star Africa label also takes into account the use of low-flow sanitary appliances and the use of non-potable water in the irrigation system.

Read also- BOTSWANA-NAMIBIA: the two countries recommit themselves to a water pact

The beginnings of a larger project

“Botswana is a very hot country, for most of the year. To have a building that is so well oriented, with south and north facing glazing and optimal shading, is quite a feat when you consider the reduction in energy consumption that is achieved,” says Kagiso Sebetso, in-house green building consultant at Time Projects (PrimeTime’s asset development and management arm). With the approval of the local regulator, the company plans to equip its buildings with solar photovoltaic systems to gain autonomy from Botswana’s national power grid.

The project has been awarded the Green Star Africa label because it also meets other important criteria, such as optimising daylight to reduce electric lighting while controlling glare from natural light, and providing preferential parking for fuel-efficient transport.