Homepage » BOTSWANA-NAMIBIA: The two countries recommit to a water pact

BOTSWANA-NAMIBIA: The two countries recommit to a water pact 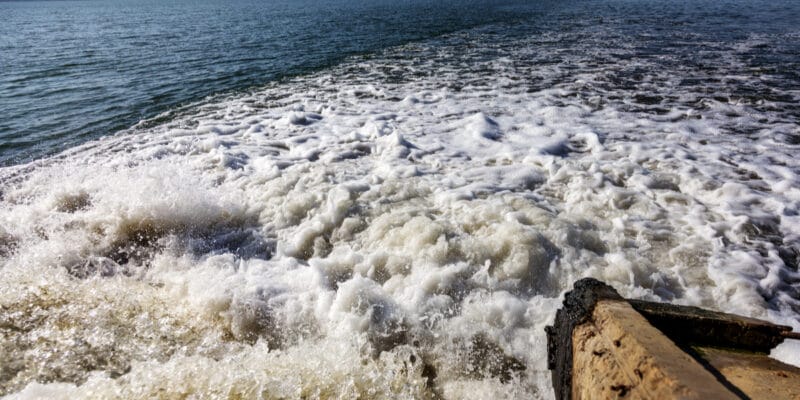 The Walvis Bay seawater desalination plant project in Namibia could also benefit neighbouring Botswana. The subject was once again raised by the heads of state of these two southern African countries, where relentless droughts are drying up ground and surface water.

Botswana again expressed interest in the ambitious project to supply drinking water from Namibia. With no maritime border, Botswana wants to take advantage of the seawater desalination plant at Walvis Bay in Namibia. “We are happy with the prospects presented by this project, because we need water. However, our ministers and technocrats need to determine what is best for us keeping in mind our governance procedures,” Botswana President Mokgweetsi Masisi said on Twitter on February 26th. The Botswana head of state discussed the water supply project with his Namibian counterpart during a one-on-one meeting on 25 February 2021.

The Walvis Bay seawater desalination project has been explored for years by the Namibian government and has become a priority for the authorities in both countries. The project involves pumping water from the Atlantic Ocean and treating it through a large desalination plant built in the western Namibian port city of Walvis Bay. The water will then be used to supply the Namibian capital Windhoek and Botswana’s capital Gaborone, which are about 1,490 kilometres apart. The financing of the future facility is expected to be provided by Namibia and Botswana. The two governments had already discussed this during the visit of former Botswana president Seretse Kama Ian Kama to Windhoek in 2018.

With 68% of its territory covered by the Kalahari Desert, Botswana is plagued by severe droughts, which only exacerbate the country’s recurring water supply problem. To date, 95% of Botswana’s surface water resources are concentrated in the north-western part of the country, near the Okavango Delta. Groundwater supplies 2/3 of the country’s total water consumption. According to the United Nations (UN), the rate of people with safe access to drinking water has only increased from 17.9% to 23.7% in sub-Saharan Africa since 2000. And water stress is expected to get worse. According to the UN, by 2030, 75 to 250 million people in Africa will be living in areas of high-water stress. The international organisation also states that this phenomenon is likely to result in the displacement of 24 to 700 million people, as living conditions become increasingly difficult.