BOTSWANA: DTCB to equip its Gaborone factory with a 950 kWp solar power plant 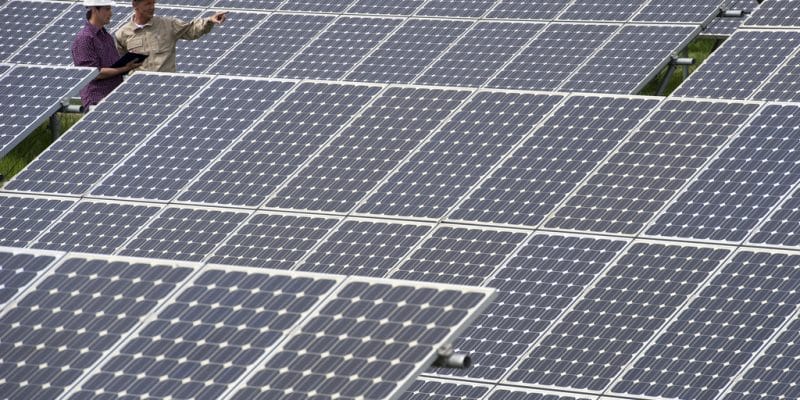 The Diamond Trading Company Botswana (DTCB) has recently begun construction of a solar photovoltaic power plant for its offices in the capital Gaborone. The installation will have a capacity of 950 kWp.

Diamond Trading Company Botswana (DTCB), a 50/50 joint venture between the State of Botswana and the international diamond mining and trading company De Beers, is relying on solar energy to become more energy self-sufficient. It recently launched a project to build a solar photovoltaic power plant in Botswana. The facility is being built near its offices in the capital Gaborone. The solar power plant will have a capacity of 950 kWp.

The DTCB is developing its solar project in two phases. The first part of the solar photovoltaic system will provide 350 kWp to power its premises in Gaborone during the day. The second part of the plant (600 kWp), which will be built later, will play the same role, facilitating DTCB Botswana’s role in facilitating, stimulating and supporting the creation of a vibrant, sustainable and profitable diamond industry in the southern African country through superior sorting and valuation practices.

Botswana, like many southern African countries, imports its electricity from South Africa. According to the Botswana authorities, 29% of the electricity consumed in the country, or 600 MW, comes from the Morupule B coal-fired power station. However, the plant has experienced numerous technical problems in recent years, causing power shortages throughout the country and disrupting operations in various sectors.

To make up the shortfall, the government of Botswana, through the state-owned Botswana Power Corporation (BPC), is aiming, among other things, to purchase 10 MWp from Botswanans over the next 12 months. This transaction will take place within the framework of a “rooftop solar programme“, launched on November 3rd, 2020 at the University of Botho in the city of Gaborone. The public company will pay 81.51 Botswana pulas per kWh, or more than 7.4 dollars.