Homepage » BOTSWANA: BPC to buy 10 MWp of solar energy from Botswanans in 1 year

BOTSWANA: BPC to buy 10 MWp of solar energy from Botswanans in 1 year 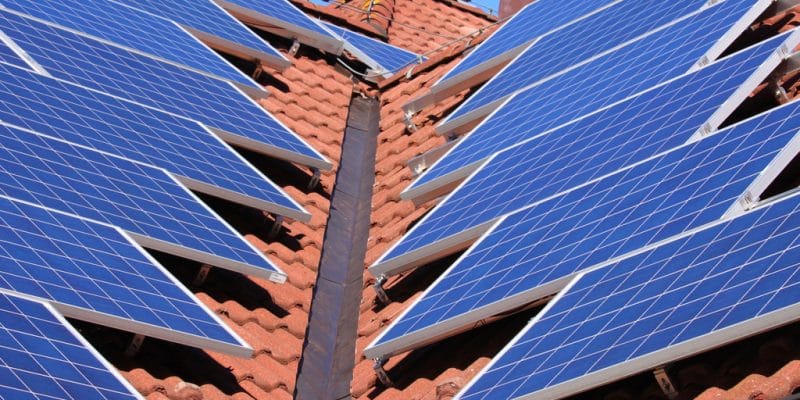 The state-owned Botswana Power Corporation (BPC) intends to purchase 10 MWp from Botswanans over the next 12 months. This transaction will be part of a "solar rooftop programme" recently launched by Botswana's Minister of Mineral Resources, Green Technology and Energy Security, Lefoko Moagi at the University of Botho in the capital Gaborone.

In Botswana, the government wants to increase electricity production in the country. On November 3rd, 2020, Botswana’s Minister of Mineral Resources, Green Technology and Energy Security, Lefoko Moagi launched the “Rooftop Solar Programme” at the University of Botho in the capital Gaborone. The initiative is expected to enable the Botswana Power Corporation (BPC) to purchase up to 10 MWp of electricity over the next 12 months. According to BPC, this electricity will be the surplus production of solar photovoltaic systems installed by the population. “Of the 10 MWp purchased in one year, 2 MWp will come from domestic consumers and 8 MWp from commercial and industrial consumers. The maximum capacity for a single domestic consumer is 35 kWp, while for commercial and industrial consumers it is 1 MWp”.

The “Solar Rooftop Programme” will run for three years. To take part, interested households or companies will have to submit their solar projects before 30 November 2020 via an online application directly accessible on the BPC website. According to the company, the system will operate on a “first come, first served” basis.

To be eligible for the solar programme, a person will need to be a BPC customer, have title to their rooftop solar system, and have a meter that will measure the import and export of electricity. Successful owners will sign an interconnection agreement and/or a 15-year licence. The utility will pay about US$7.24 per kWh of electricity, the equivalent of 81.51 Botswana pulas.

The BPC initiative is expected to improve its service in the country. It comes at a time when a solar project will be launched in June 2021 in Botswana to power more households. Construction of the two 100 MWp solar photovoltaic power plants will be completed in August 2022.