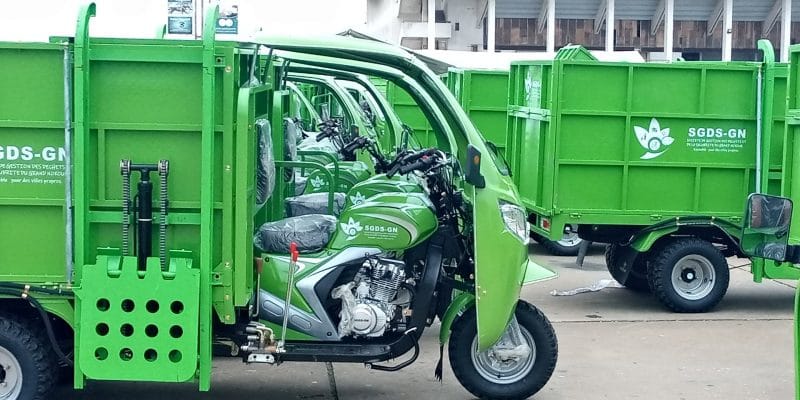 In Benin, the digitization of facilities dedicated to sanitation and solid waste management in the greater Nokoué area is starting. Approved in 2020 by the Beninese government, the project of the Société de gestion des déchets solides et de la salubrité du grand Nokoué (SGDS-GN) will result in the digitization of 550 tricycles by GPS (Global Positioning System).

More than a year after the supply of 550 tricycles to 69 small and medium-sized enterprises (SMEs) in the Greater Nokoué area in Benin, the Société de gestion des déchets solides et de la salubrité du grand Nokoué (SGDS-GN) is launching the digitization of these three-wheeled vehicles. According to the General Manager of the SGDS-GN, Valery Lawson, this new project will allow to monitor and evaluate efficiently the solid waste collection services offered by the SMEs to households. The greater Nokoué area produces more than 450,000 tons per year, of which 46% is organic, 5.5% recyclable and 35% fine sand, says Valery Lawson.

The project to digitize the equipment dedicated to waste management in Greater Nokoué will be implemented in two phases. Initially, all collection vehicles will be equipped with GPS (Global Positioning System) beacons. A web platform will then be set up to “retrieve all the historical data of the tricycles’ routes, create theoretical activities and thus make the analysis between the theory and the realization. The idea is to recreate new circuits, optimize resources and personnel so that collection is more efficient and less costly,” explains Christophe Sarrut, the director of FASEP (Fonds d’études et d’aide au secteur privé). The SGDS-GN is funding this project with a grant from the French Treasury’s General Directorate, awarded through FASEP.

In addition to strengthening the efficiency of SMEs operating in the sanitation and waste management sector in Greater Nokoué, the initiative will benefit households. In all, 600,000 households will be rid of their waste “in due course” in the area concerned. Currently, the collected waste is stored in about fifty collection points in the Nokoué area. In September 2021, about twenty dumpsites have been equipped with units for the sorting and recovery of recyclable household waste.