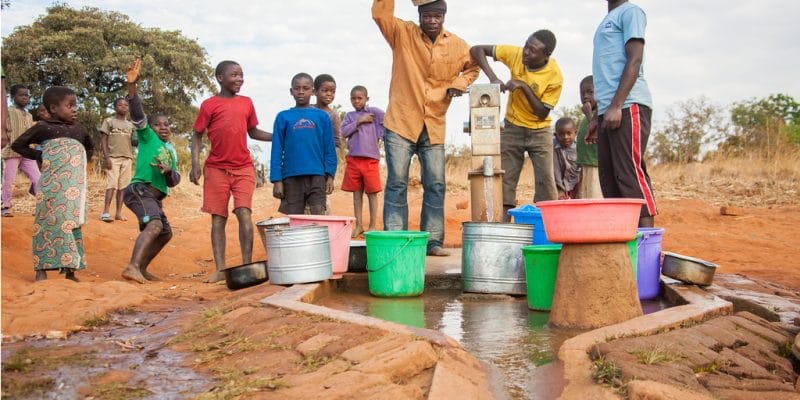 The Beninese parliament has recently accepted a loan of 10 billion CFA francs (15.2 million euros) from the Kuwait Fund for Arab Economic Development. The money is intended for the implementation of a drinking water project in three municipalities.

The populations of the communes of Boukoumbé, Covè and Zagnanado will soon have a “continuous” supply of drinking water, thanks to a project that will enter its implementation phase. The Parliament of Benin has recently approved a loan of 10 billion CFA francs (15.2 million euros), contracted by the government, from the Kuwait Fund for Arab Economic Development to implement the project.

Located in the northwest of Benin, the commune of Boukoumbé is home to more than 82,000 people. In this small town, the government plans to drill five boreholes that should supply a 200 m3 water tower. A 250 m3 water reservoir will also be rehabilitated, followed by a 125 km extension of the distribution network. The acquisition of 250 connection kits will also be carried out.

In the southern city of Covè, the drinking water project will provide for the equipping of four boreholes and the construction of a water tower. Funding from the Kuwait Fund will also allow the construction of two water reservoirs of 500 m3 and 600 m3. Two 200 m3 and 300 m3 tanks will also be rehabilitated, and a 120 km extension of the distribution network throughout the city will be carried out. The National Water Company of Benin (Soneb), should also acquire 400 connection kits. For the municipality of Zagnanado located in the south of Benin, the project has the same links as in the municipality of Covè.

The overall objective of the project is “to strengthen the existing drinking water supply system. More specifically, it aims to ensure the supply of water in quantity and quality to the populations of these three cities, to meet the growing demand for drinking water, in order to improve health and social conditions. The implementation of this project will reduce the exposure of the populations of the affected areas to waterborne diseases,” says the report of the Finance Committee of the Beninese Parliament.

The parliament also states in its report that the government will reduce the cost of subscribing to the Soneb public company’s network. The project will reach 7.2 million people, including 2.7 million in urban areas and 4.5 million in rural areas. The work is expected to be completed before the end of 2021.