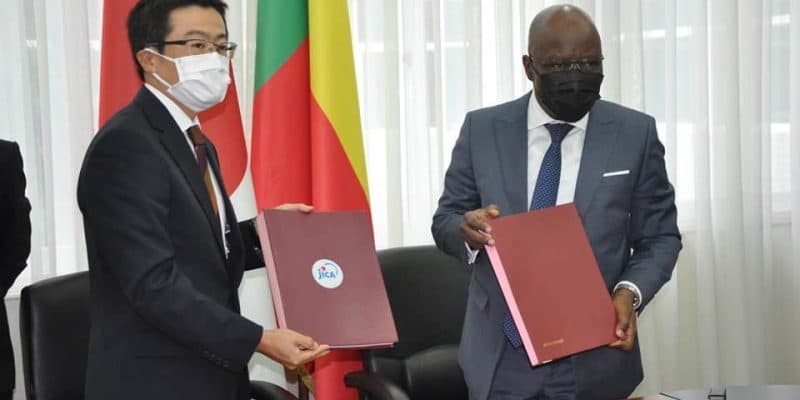 The Japanese government has awarded a grant of 16 billion CFA francs (about 24.4 million euros) to Benin, through its international cooperation agency, JICA. The funding will enable work to be carried out on the project to strengthen drinking water supply systems in the departments of Couffo and Plateau.

The grant agreement was signed on November 16th, 2021 between Benin’s Minister of Foreign Affairs and Cooperation, Aurelien Agbenonci, the Japanese Ambassador to Benin, Takahisa Tsugawa, and the Acting Resident Representative of the Japan International Cooperation Agency (JICA) in Benin, Kojiro Fujino. The value of the grant is 16 billion CFA francs, nearly 24.4 million euros. The funds will enable Beninese authorities to finance the Project to Strengthen Drinking Water Supply Systems in the Departments of Couffo and Plateau, which is under development.

Under this project, the Beninese government has chosen to exploit underground water resources to supply the populations of Couffo and Plateau, and to fight against water-borne diseases. Thus, new boreholes will be drilled in the two departments located in southern Benin. The project also involves laying new pipes and building reservoirs for storing drinking water. Approximately 132,000 people will benefit from this drinking water project in the towns of Aplahoué, Azové, Dogbo, Djakotomey, Klouekanmè, Lalo and Toviklin in the department of Couffo and in the Plateau, the towns of Adja-Ouèrè, Ifangni, Kétou, Pobè and Sakété.

Benin’s Minister of Foreign Affairs and Cooperation, Aurelien Agbenonci, who is pleased with Japan’s continued support, said that work on the various drinking water project sites will be launched soon. In January 2021, about 645 million CFA francs (nearly 983,300 euros) were released by JICA for the feasibility studies of the project to strengthen drinking water supply systems in the departments of Couffo and Plateau. This other funding, combined with the CFAF 16 billion grant, is part of Japan’s non-reimbursable financial support and is aligned with Benin’s National Development Plan 2018-2025.