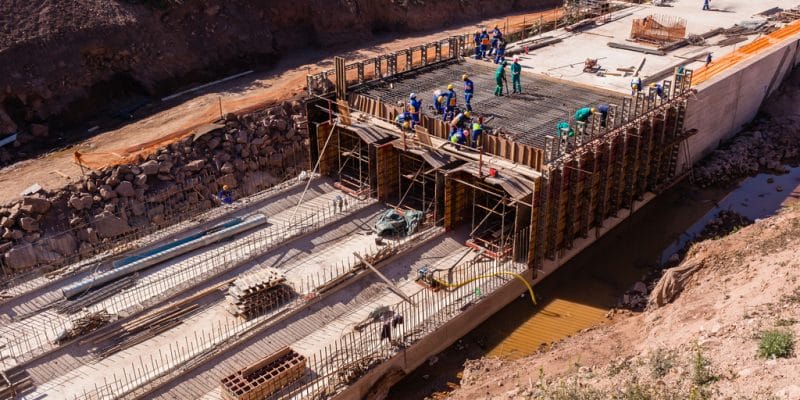 The International Development Association (IDA), a subsidiary of the World Bank, has announced a $100 million grant to support a flood control project in Cotonou, Benin.

In future, Cotonou may be spared from being affected during the rainy season. The International Development Association (IDA), a subsidiary of the World Bank, has recently approved a $100 million loan to support a flood control project in Benin’s economic capital.

The funds will be used to build more than 28 km of stormwater collectors and more than 7 km of gabion mattresses to protect the banks of the rivers that cross Cotonou, as well as to rehabilitate three retention basins with a total storage volume of nearly 432,000 m3. Gabion mattresses are galvanised steel wire mesh cages used to protect river banks from erosion. The World Bank estimates that the $100 million allocated to Benin will also allow for the development of three river basins in Cotonou. The bank adds that the project “will reduce the consequences of periodic flooding and the spread of vector-borne diseases (malaria) and waterborne diseases for more than 168,000 beneficiaries”.

“Floods are a recurrent problem in Cotonou, and they cause significant damage to the population. This project reinforces the actions already undertaken by the World Bank to limit the effects of rainwater in this city,” says Katrina Sharkey, World Bank Operations Manager for Benin.

The project, funded by IDA, is part of the Cotonou City Rainwater Remediation Programme (PAPC). In general, this programme also aims to reduce the number of houses regularly flooded during the rainy season in Cotonou, and to improve the urban environment to facilitate the movement of goods and people in the areas affected by rainwater drainage.

The programme has also received funding from the West African Development Bank (BOAD), which has released 20 billion CFA francs ($34.4 million) to finance the construction of more than 13 linear km of primary rainwater collectors in the city of Cotonou, in 11 catchment areas distributed between the districts of Tokplegebe, Finagnon, Yenawa, Gankpodo, Minontchou, Agbodjèdo and Kpondéhou.