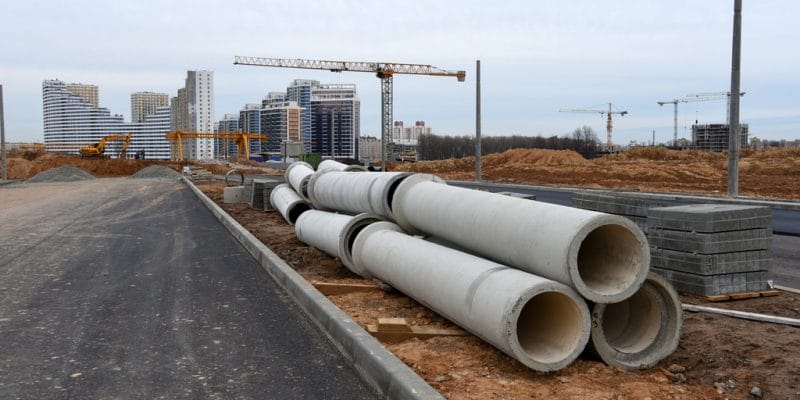 In Benin, the government is launching work on the Cotonou Stormwater Sanitation Program (PAPC) financed to the tune of 264 billion CFA francs (over 402 million euros). This program, which extends until 2025, aims to provide a solution to flooding in the economic capital and to promote the creation of sustainable socio-economic infrastructure.

In order to provide a concrete response to the vulnerability of the city of Cotonou to flooding, the Government of Benin is launching the Cotonou Rainwater Sanitation Program (PAPC). The project has a total cost of 264 billion CFA francs (over 402 million euros) and is financed through loans from the European Investment Bank (EIB), the French Development Agency (AFD), the African Development Bank (AfDB) and the World Bank.

The PAPC, which targets the 1st and 6th districts of the economic capital, aims to reduce poverty by improving the living conditions and environment of the population. The project involves the construction of 90 km of secondary collectors and street side gutters, the development of 7 retention basins, the development and paving of 49 km of streets as well as the acquisition of equipment for solid waste collection. Eventually, this initiative will also allow the reconstruction and equipping of the school for the deaf and the public elementary school of Vêdoko 2, which were exposed to flooding.

According to the Beninese government, this sanitation program also aims to reduce the number of houses regularly flooded during the rainy season in Cotonou, and to improve the urban environment to facilitate the movement of goods and people in areas affected by Stormwater drainage. According to the authorities, the PAPC will create 4,000 direct jobs and 16,000 indirect jobs for young Beninese.