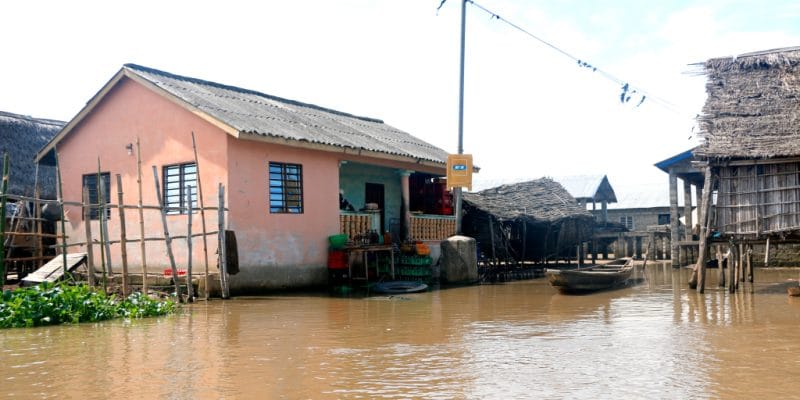 The Board of Directors of the West African Development Bank (BOAD) has just approved a loan of 20 billion CFA francs (€30.4 million) for storm water drainage in Parakou, Benin. The aim of this financing is to reduce flooding caused by irregular rainfall, another consequence of climate change.

The loan from the West African Development Bank (BOAD) is intended to finance the Rainwater Drainage Programme for Secondary Cities (PAPVS) implemented by the Beninese Ministry of Living Environment and Sustainable Development. The West African Economic and Monetary Union (WAEMU) development bank is lending 20 billion CFA francs (30.4 million euros) for the implementation of the programme in the town of Parakou in central Benin.

The loan will allow for the construction of 12,041 ml of primary and secondary collectors, as well as 1,882 ml of roads in the city of Parakou. The programme will strengthen the rainwater drainage network in order to help reduce the population’s vulnerability to flood risks “as well as to create viable socio-economic infrastructure”.

The PAPVS is also being implemented in the cities of Porto-Novo, Bohicon, Natitingou, Abomey, Ouidah, Sèmè-Podji and Abomey-Calavi, at a total cost of 424 million euros. In addition to BOAD, the programme is supported by the European Investment Bank (EIB). A few days ago, the financial institution of the Member States of the European Union committed 110 million euros for the implementation of the PAPVS in Sèmè-Podji and Abomey-Calavi.

The overall objective of the programme is to combat the floods that hit Benin during the rainy season. The pivotal year for this West African country is undoubtedly 2010. Eleven years ago, floods left 43 people dead and almost 100,000 homeless, 800 cases of cholera, several people suffering from malaria and thousands of hectares of land destroyed. The south of Benin is particularly affected by this phenomenon, which is worsening due to the flooding of the Niger River and its tributaries.

According to experts, these floods can be explained by a combination of natural factors, notably rainfall, the porosity of the soil and the horizontal topography of certain Beninese towns. In addition, there are human factors such as construction in flood-prone areas, the retreat of mangroves, the lack of sewage treatment and water currents, and the proliferation of plastic waste that clogs the pipes.