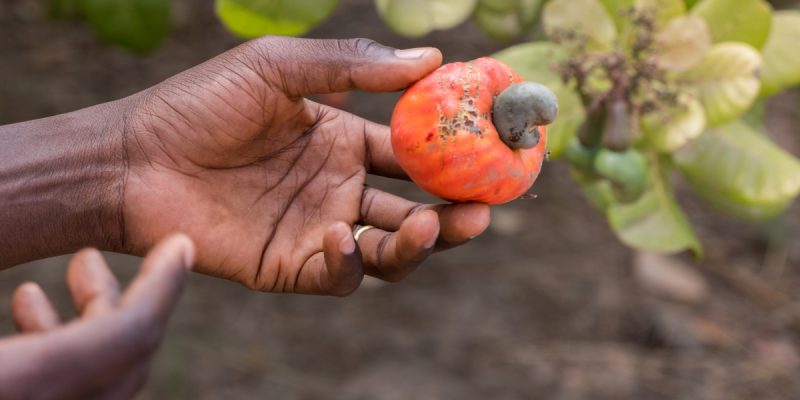 Fludor-Benin uses cashew nut shells as a balm, a liquid that the paint and aeronautics industries thrive on. In addition to the added value it generates, this activity helps to reduce the pollution caused by the presence of cashew nut shells in nature. Such waste is harmful to the soil and the atmosphere.

Benin is Africa’s largest cashew nut producer, with more than 100,000 tonnes generated in 2019. Except that until now, only the almond, the edible part of the nut, was extracted and exported, mainly to India. The shells of the nuts, on the other hand, had no use. They were either destroyed or discarded in the wild. The cashew waste contains acidic oil, which is harmful to the soil and the atmosphere. The new production line in Fludor-Benin addresses this problem of environmental pollution.

“There is 20 percent cashew balm in the cashew shell, which is still significant. Burning them in the open air or burying them is very bad for the soil, and for the atmosphere. Transforming cashew shells into balm requires a technology that is not very easy to master,” said Roland Riboux, Fludor’s CEO. He adds that his company is the only one in West Africa to create this value.

A daily production of 10 tons of cashew balm

Fludor began production of cashew balm in 2019. It obtains its shells from other cashew processing companies based in Benin. “Currently, we produce 10 tonnes of oil a day, so we need 30 to 40 tonnes of shells for that. Our goal is to take all the cashews from Benin. We export to India, Japan, China, where industries using cashew balm are developing,” said Vinod Kumar, an engineer in Fludor-Benin.

Indeed, the brown resin or liquid contained in the cashew nut shell is sometimes used to make inks, varnishes to protect against insect pests or as a waterproofing, insecticide or vehicle friction elements for brakes and clutches. Cashew oil is of great importance in the paint industry in particular, being used in the composition of anti-rust or gloss paints. It is also used in aeronautics, as a hydrocarbon in aviation.

Located in the south of Benin, two hours drive from Cotonou, the capital of this West African country, Fludor-Benin is a limited company promoted by the TGI Group based in Ireland and operating both in West Africa and Europe. Its investment in Benin amounts to more than €13 million, an amount contributed by the African Development Bank (AfDB), the West African Development Bank (BOAD) and a consortium of local banks. In 2013, the company posted a turnover of 15.7 billion CFA francs, i.e. about 24 million euros for a workforce of 231 employees.