Homepage » BENIN: Ahémé and Nokoué lakes to be cleaned up soon

BENIN: Ahémé and Nokoué lakes to be cleaned up soon 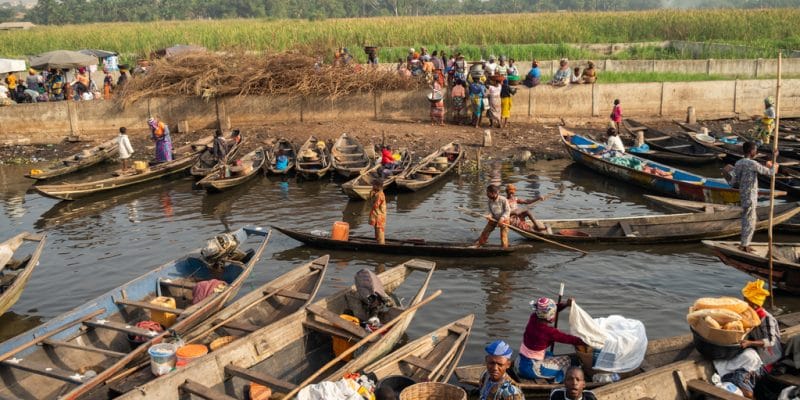 The Beninese authorities have recently announced the forthcoming clean-up of lakes Ahémé and Nokoué, located respectively in the south-west and south of the country. The initiative is mainly aimed at safeguarding fish species. The specifications will be drawn up with Antea Group.

The government of Benin confirmed on April 15, 2020, following the Council of Ministers, the project to clean up lakes Ahémé and Nokoué, situated respectively in the south-west and south of the country. It also concerns the lagoons of Cotonou, Benin’s economic capital, and Porto-Novo, the country’s administrative capital.

According to the Beninese authorities, the project started in 2019. The first stage consisted of banning the use of fishing equipment, which is prohibited on the two lakes, as well as on the lagoons of Cotonou and Porto-Novo. The critical Djondji-Hounkloun crossroads linking the coastal lagoons of Grand-Popo and Ouidah to Lake Ahémé via the Ahô channel was the only migration point between the sea and continental waters for this gear. Fishery species, which make up the specific richness of the biodiversity of this body of water, were thus constantly threatened. Today, it is important to keep moving in order to avoid the resumption of these activities.

Details of the clean-up project

As part of this project, the populations that have settled in an anarchic manner on the beaches will be displaced, as well as the piles of waste dumped on this space. To this end, a feasibility study will be carried out on the dredging of Lake Nokoué and the Porto-Novo lagoon. Additional technical studies will also be carried out on the dredging and rehabilitation of the critical Djondji-Hounkloun crossroads.

The Government’s roadmap also includes the creation, training and equipment of a special fisheries monitoring unit. The rehabilitation of the compulsory control bases and transfer platforms on Lake Ahémé as part of the revival of the shrimp industry, the reorganization of sedentary fisheries on Lake Nokoué and the Porto-Novo lagoon, as well as the determination of biological reserves and the reforestation of the banks, watersheds and other freed spaces.

The specifications, together with the technical dossier for the works, will be drawn up by the Antea Group, a French engineering and environmental consultancy firm. The Council of Ministers has just given its approval for the contract with the company.