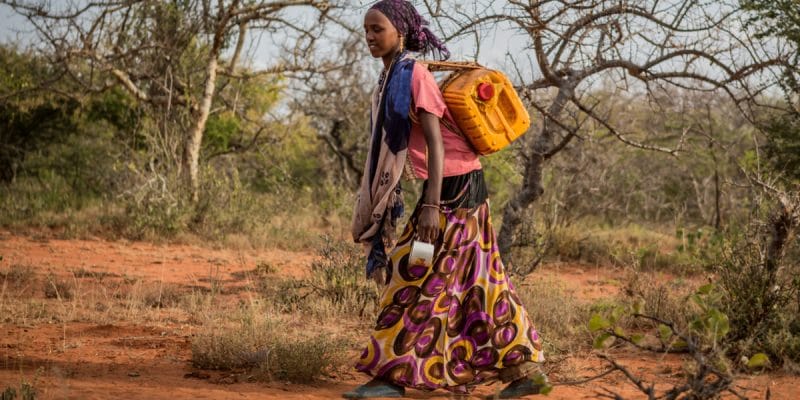 In Huila province in southern Angola, global warming is having a double impact on women and girls. Besides enduring drought and hunger, the women and girls are violated in the absence of the heads of families, who have left the village in search of jobs in the cities. A trend that is not without consequence in Luanda. The capital city is facing demographic pressure and related shortages of water, energy and housing.

Angolan peasants have lost their peace of mind. In this southern African country, climate change has destroyed crops, leaving the rural population in precarious conditions, as in the rest of the sub-region. According to the latest UN estimates, 45 million people are threatened with hunger in this part of the continent.

In Lubango, the capital of Huila province in southern Angola, hunger due to global warming is translating into the ordeal of women. Livelihoods have become scarce in this predominantly agricultural region, and most men have abandoned their families to work in the cities. As a result, women now bear the heavy and painful responsibility of feeding the children. “Girls are the first victims of family separation. They end up having to help their mothers and very often stop going to school,” says Anaina Lourenço of the NGO World Vision International.

In particular, young Angolan girls have to help their families look for food and clean water, far from home, at the risk of being sexually assaulted. According to NGOs operating in the Lubango region, many women and girls are forced into sexual relations in exchange for money or food.

Global warming is also impacting Angolan cities. The rural exodus born of the drought is draining large numbers of people to the country’s cities. In Luanda, the capital, the authorities estimate that the population should reach 8 million by 2025. A demographic boom that cannot be contained by the city’s infrastructure as it stands today. The challenge of housing, water and electricity supply is already there. “The biggest problem we have is financial constraints,” said Ana Paula Chantre Luna de Carvalho, Angola’s Minister of Housing.

In response to the threats caused by global warming, the US-based Centre for Climate and Security said in a report released on February 24, 2020, that global temperatures would rise by about 2.5 ºC above pre-industrial levels by 2100. Thus, the emissions reductions that nations promised in the 2015 Paris climate agreement “are not sufficient to contain the threat,” the report says.