Homepage » ALGERIA: Towards an agreement with Germany to join Desertec project

ALGERIA: Towards an agreement with Germany to join Desertec project 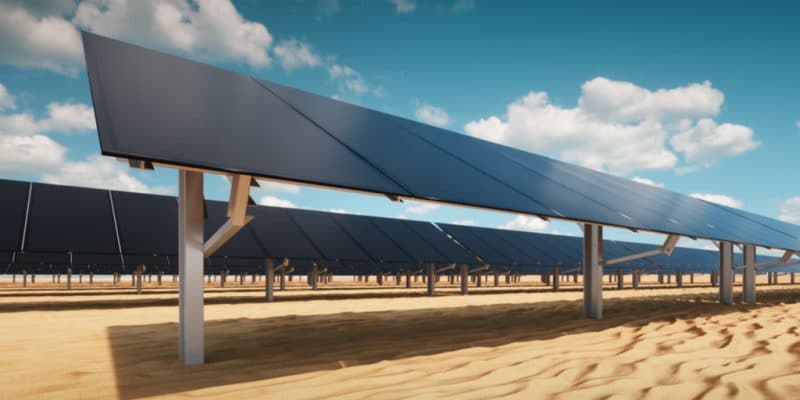 Algerian Energy Minister Mohamed Arkab recently stated that Algeria will soon sign an agreement to join the German Desertec project. The project aims to supply North Africa and Europe with renewable energy. This will be done through a multitude of solar, wind, hydro and biomass power plants that will be installed around the Sahara, the world's largest desert.

As part of a new national strategy to diversify energy resources, the Algerian government has decided to join the German Desertec project. The project, which will be led by German companies, aims to create an extensive network of wind and solar installations in North Africa and the Middle East within 40 years. This network should eventually supply up to 15% of Europe’s electricity consumption. To achieve this, several solar, wind, hydro and biomass power plants will have to be installed around the Sahara, the world’s largest desert.

Algerian Energy Minister Mohamed Arkab revealed on April 12, 2020 that national energy operators had signed a memorandum of understanding with Dii Desert Energy, the operator of the German Desertec project, in early April. According to the minister, the two countries are in the process of signing a final agreement. “The signing of the final contract is lagging behind because of the exceptional situation in which the world finds itself after the occurrence of Covid-19,” said Mohamed Arkab, Algeria’s minister of energy. “Negotiations are nevertheless continuing normally by videoconference and if necessary, the final agreement will also be signed through the virtual channel,” he added.

Algeria’s accession to the Desertec project marks an important shift, as the Sahara Desert covers nearly 90% of Algerian territory. The project will help diversify the energy mix of this state, whose exports are almost 100% dependent on hydrocarbons, and create a new national model for the consumption of electrical energy.

As of this date, the Desertec project has still not started. For the record, the German solar power mega-project was launched in 2010. In 2011, the Algerian National Electricity and Gas Company (Sonelgaz) had already signed a cooperation agreement with the Desertec promoters, but the project was abandoned before being restarted at the end of December 2019.