Homepage » ALGERIA: The start of tests on the Bateau Cassé water desalination plant

ALGERIA: The start of tests on the Bateau Cassé water desalination plant 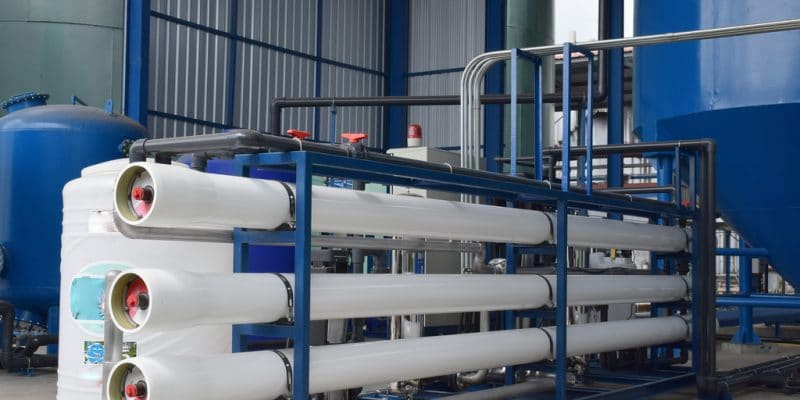 Algerian Energy Company (AEC) announces the start of efficiency and performance tests of the Bateau Cassé seawater desalination plant in Bordj El Kiffan, a suburb of the city of Algiers, in northern Algeria. The success of this stage will condition the commissioning of the plant before the end of April 2022.

The desalination project implemented at Bateau Cassé in Algeria has reached a new stage. On the site of the construction site, located in the suburb of Bordj El Kiffan in Algiers, the efficiency and performance tests of the plant have begun. The information comes from Algerian Energy Company (AEC), the subsidiary of the national company for the research, production, transport, transformation and marketing of hydrocarbons (SONATRACH). According to AEC, these tests will guarantee the commissioning and operation of the Bateau Cassé seawater desalination plant as early as this April 2022.

The operation of the new plant should contribute to the reduction of drinking water shortages in the capital Algiers. AEC estimates that the plant will be able to desalinate 10,000 m3 of seawater per day.

The Algerian company has collaborated with another SONATRACH subsidiary for the implementation of the drinking water supply project. This is the Algerian Civil Engineering and Building Company (GCB), as well as Cosider Canalisation, a company specialised in the manufacture and laying of pipes and located in Cheraga in Algiers. Work on the project site lasted five months.

The Bateau Cassé seawater desalination plant is one of a series of three plants planned in Algiers’ emergency plan to increase installed desalination capacity. A few months after its inauguration, the El Marsa plant should also come into service (in July 2022), says Karim Hasni, the Algerian Minister of Water Resources. The future facility will have a capacity of 60,000 m3 per day.

AEC, GCB and Cosider Canalisation will build the third seawater desalination plant in Corso, in the wilaya of Boumerdès, one of the most affected by drought in the North African country. The plant will have a capacity of 40,000 m3 per day. This capacity is expected to double to 80,000 m3 of drinking water per day within six months of its commissioning.