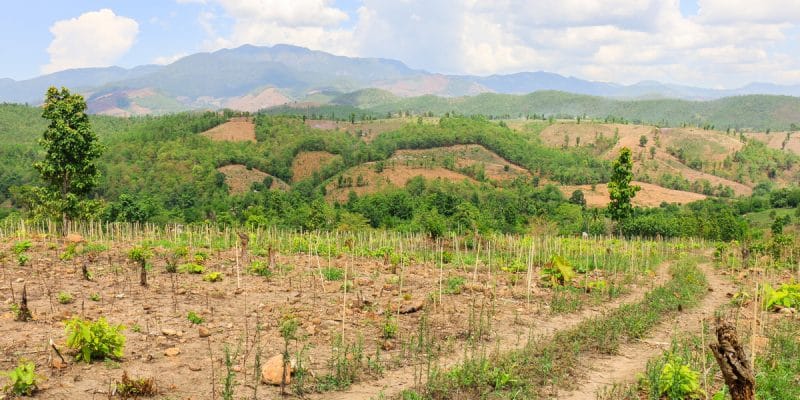 Within four years, 2.2 million shrubs have been planted in Algeria, around 52 rivers. An initiative of the National Agency for Dams and Transfers (ANBT), which aims to protect and secure rivers that supply dams in mountainous areas.

In Algeria, the principle of CSR (Corporate Social and Environmental Responsibility) has a more ecological colour within the National Agency for Dams and Transfers (ANBT). The public company has set up a reforestation plan along the banks of the rivers where it operates. The results of this operation were presented on October 1, 2019 in Algiers, the capital.

It appears that between 2016 and September 2019, 2.2 million shrubs were planted along 52 watercourses, which supply dams and hill reservoirs in 32 localities across the country. Water Resources Minister Ali Hammam said that this stream protection operation has resulted in the development and reforestation of nearly 25,000 hectares of land.

This reforestation protects hydroelectric infrastructure, mountain water retention dams and riverbanks from erosion. The idea for this sustained action over time comes from a recommendation contained in the study prepared in 2003 by the National Agency for Dams and Transfers (ANBT) in coordination with the Forestry Department (DGF).

It is important to note that forests and water deserve priority attention in the fight against climate change. In many parts of the world, access to safe drinking water is increasingly threatened due to overuse, misuse and pollution of water. However, the role of forests in influencing water availability and quality is now well established and increasingly recognised.

Hence the interest of the operation led by the ANBT. Created as an Algerian public administrative institution in 1985, the ANBT is a public institution for industrial and commercial purposes. The agency is responsible for mobilising water resources to ensure drinking water supply and irrigation. To this end, it controls and monitors water retention structures and transfer systems to maintain a continuous supply. The Agency also provides studies, including studies on exploitable water supplies and water quality.