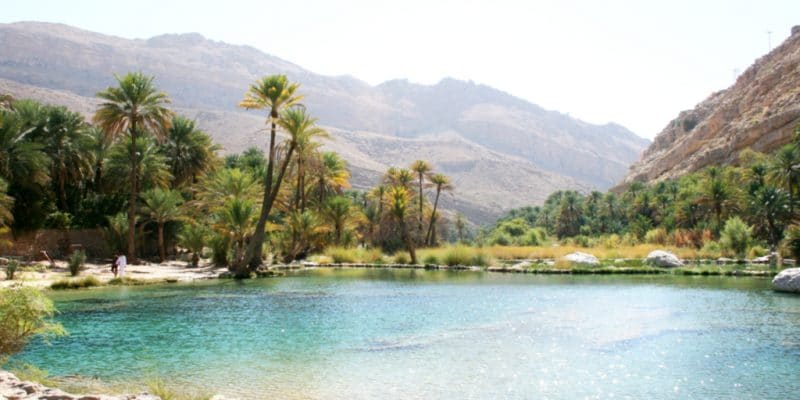 Sixteen localities in total will benefit from access to drinking water in the wilayas of Tlemcen and Sidi Bel-Abbès, in the north of Algeria, and in Nâama, further west. This water will be pumped and conveyed from the Chott el Gharbi watershed. It will be consumed by households in the villages concerned and will also be used for irrigation in the fields.

Tests for water transfer from the Chott el Gharbi river basin are currently underway in the wilayas (regions) of Sidi Bel-Abbes and Tlemcen. Several communities in these two regions will thus have access to drinking water thanks to the transfer of blue gold drawn from the water table. The communes of the wilaya of Nâama have already benefited for several months from this supply system. The municipalities concerned by the project as a whole are: Mekmen Benamar, Kasdir, Abdelmoula (in the wilaya Nâama), Sebdou, El Aricha, Sidi Djillali, El Gor and Bouihi (south of the wilaya of Tlemcen) and Ras El Ma, Redjem Demouche, Oued Sebaâ, Bir Lahmam, Hakiba, Slissene, Chetouane and Benbadis (south-west of Sidi Bel Abbès).

As far as the municipalities of the wilaya are concerned, the installations are effective since May 2018. According to the Algerian Minister of Water Resources, this project will allow the installation of a pumping station, 28 reservoirs, as well as drinking water supply networks. On the same line, 60 boreholes will be built, as well as 154 km of pipeline. To this must be added a control centre that will soon come out of the ground in the wilaya of Tlemcen. Following ongoing tests, the water pumping system at Chott el Gharbi should collect 110,000 m3 of water per day, or 40 million m3 of water per year.

An irrigation project too

According to the director of the Algerian Water Authority (ADE), the water supplied to the wilaya of Nâama is already sufficient for the population and the surplus will help revive agriculture. Mohamed Alouini estimates that the excess water delivered to Nâama could irrigate 6,150 hectares of plantation. Agricultural investments are therefore expected to follow suit. In Nâama, fodder is produced for livestock. The populations of this wilaya are also made up of herders; their cattle will now be able to drink more easily. To obtain such a result, the Algerian State will have spent no less than 43 billion Algerian dinars, or more than 314 million euros.