Homepage » AFRICA: what is at stake in the new French initiative for sustainable cocoa 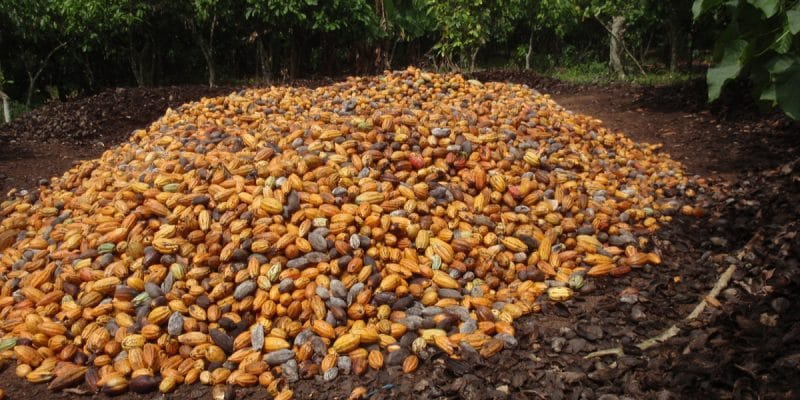 The French government, civil society and the French chocolate industry are joining forces for sustainable cocoa in Africa. The French initiative for a sustainable cocoa addresses in particular the deforestation caused by the cocoa-culture. In Africa, where more than 70% of the world's cocoa is produced, nearly 3.4 million hectares of forest are destroyed each year for cocoa fields.

This is France’s commitment to environmentally friendly cocoa farming in Africa. On the occasion of World Cocoa Day, celebrated on October 1st, 2021, the Syndicat du Chocolat, which brings together nearly 60 companies in the chocolate sector, has launched the French initiative for sustainable cocoa. The initiative brings together the government, industry companies, traders, retailers, civil society organizations and research institutes working on the cocoa and chocolate sector in France.

According to the Food and Agriculture Organization of the United Nations (FAO), within a decade there will be no forests left in West Africa if cocoa farming is not conducted in a sustainable manner. The organization notes that between 2000 and 2010, Africa has reached 3.4 million net hectares of forest loss per year, due to cocoa.

Improving the income of cocoa farmers and their families

The French Sustainable Cocoa Initiative also addresses the economic irregularities of the industry. To this end, the Business and Human Rights Resource Center notes that cocoa farmers are not being paid fairly. In a study published in 2018, the research institute notes that Ivory Coast, Ghana and Cameroon, which export 70% of the world’s raw cocoa, receive only 3% of the revenue generated by the chocolate. A macroscopic analysis that clearly reflects the precariousness in which small cocoa producers live at the base. To remedy the situation, French cocoa stakeholders intend to renegotiate the terms of the market with cocoa-producing countries, so that by 2030, cocoa farmers and their families can have a decent income.

The French initiative for sustainable cocoa is part of a European momentum. On January 22nd, 2021 in Abidjan, European Union (EU) Ambassador to Ivory Coast Jobst Von Kirchmann announced European legislation to combat forest destruction in the cocoa supply chain. “There is a regulation in preparation, which aims to ban products that contribute to deforestation. There is a second legislation in preparation, binding for the private sector, and which will aim to make mandatory the duty of vigilance, what is called in English “Due Diligence”, in terms of fundamental rights. So there you have child labour and decent work. The European Commission will present this in the summer of 2021,” says the diplomat, whose region imports 67% of Ivorian cocoa production.