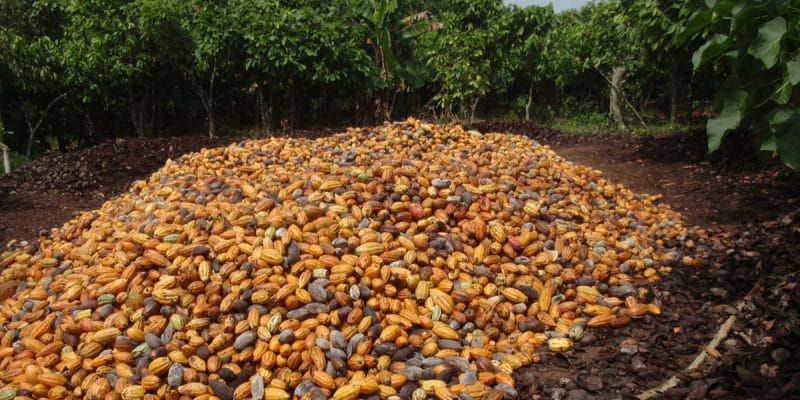 Ivory Coast will have to reduce the impact of its cocoa production on the environment. The European Union, the main importer of Ivorian cocoa, will soon adopt regulations prohibiting the import of products linked to deforestation. To reconcile their respective interests, the two partners have launched the "sustainable cocoa" initiative to improve the supply chain for Ivorian cocoa.

The urgency of introducing agro-ecological practices in cocoa production in Ivory Coast is growing. The world’s largest cocoa producer with 2 million tonnes in 2020, or almost 45% of global production, is facing new demands from its main buyer. The European Union (EU), which imports 67% of Ivory Coast’s cocoa production, will tighten its legislation to combat, among other things, the destruction of forests in the cocoa supply chain.

The EU ambassador to Ivory Coast, Jobst Von Kirchmann, presented the new requirements on January 22nd, 2021 at a meeting with members of the government in Abidjan. “There is a regulation in preparation, which aims to ban products that contribute to deforestation. There is a second piece of legislation in preparation, binding on the private sector, and which will aim to make the duty of vigilance, what is known in English as “Due Diligence”, mandatory in terms of fundamental rights. The European Commission will present this in the summer of 2021″.

Ivory Coast now has only a few months to meet the environmental requirements of its main cocoa customer. In order to do so, the client in question has undertaken to support its supplier. The two partners have set up the “sustainable cocoa” initiative. This is a framework for inclusive dialogue and sharing of experiences to contribute to sustainable cocoa farming in Ivory Coast. “There is a convergence of views between the actions carried out by Ivory Coast and the policies that the European Union intends to put in place. This is the basis of the sectoral political dialogue between our country and the EU,” explains Patrick Achi, Minister of State-Secretary General of the Presidency of the Republic of Ivory Coast.

According to a report published in 2017 by the NGO Mighty Earth, nearly 90% of protected areas have been transformed into cocoa crops in Ivory Coast. Aware of this situation, the government has adopted a new strategy for the preservation, rehabilitation and extension of forests for the period 2020-2030. This strategy is one of the areas on which the EU intends to focus its support.