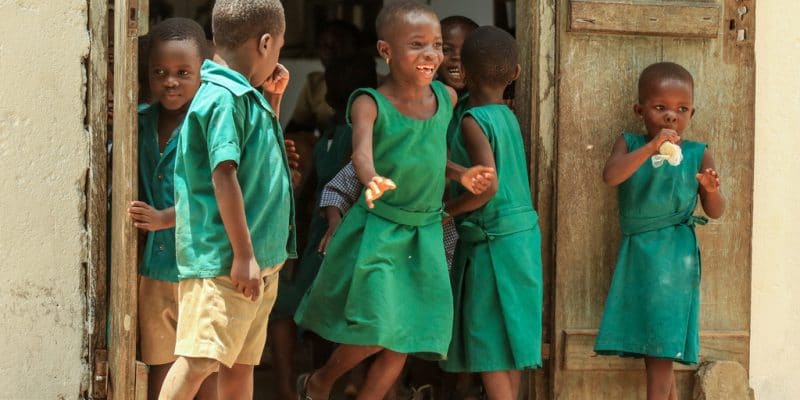 A photovoltaic film will now provide solar energy to some schools in Africa. It is the result of a partnership agreement signed in 2018 between UNESCO and the French company Armor. The system has already been successfully tested in a Togolese school.

A new day has come for some African schools? From now on, Armor’s Asca photovoltaic film will be made available to students for energy production. A partnership was signed to this effect at the end of 2018 between this French company and the United Nations Educational, Scientific and Cultural Organization (UNESCO). The agreement stipulates that Armor must supply Unesco with photovoltaic films, to be used to power the portable lamps that will be distributed to some African students. For UNESCO, this project represents an “innovation” that was tested on a pilot basis at the beginning of this year in a government primary school in Akplolo, Togo.

This pilot project will be part of a larger project: the broader implementation under this partnership agreement. ”Last year, it was successfully tested with six students from a primary school in the same area.

Armor designed this innovation thanks to its skill in coating thermal transfer ribbons dedicated to barcode printing. The Nantes-based company has successfully adapted it to produce a flexible and competitive organic photovoltaic film on an industrial scale. According to Armor, this new generation low-carbon photovoltaic film is the result of a low-energy, silicon-free manufacturing process that uses no other rare or toxic resources.

Already present in Morocco and South Africa, Armor has opened a site in Nairobi (Kenya) and has deployed a business developer, Adrien Ranchon, in Ivory Coast, to specifically develop the Asca photovoltaic film range. The focus is on the countries of the subcontinent: Ivory Coast, Senegal, Ghana, Togo, Benin, and Burkina Faso.

In the coming months, the UNESCO project should provide 212 schoolchildren in the Akplolo locality with rechargeable mobile lamps to enable them to revise their lessons in the evening. The French company will provide the school with 65 Solar sets (pouches that, once opened, serve as solar chargers) and 240 portable and rechargeable LED lamps. The Solar sets are equipped with Asca organic photovoltaic film and are charged by sunlight. This photovoltaic film is semi-transparent. For its designers, it allows them to “turn to the sun to offer a renewable energy source as an alternative to other energies.”