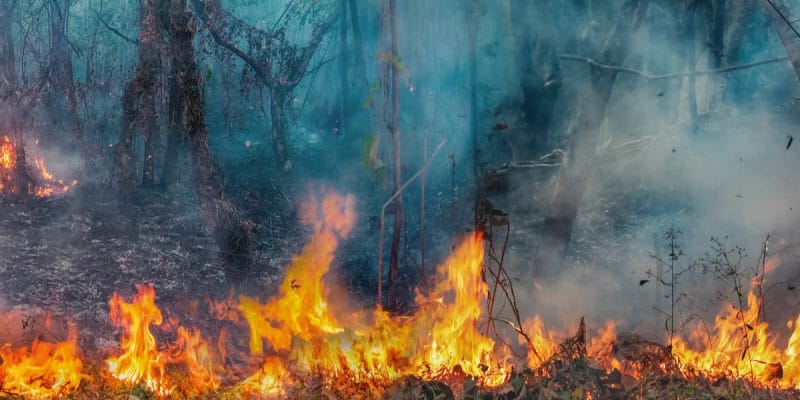 If nothing is done, the Congo Basin Forest could soon produce far more carbon dioxide (CO2) than it captures. According to the results of a scientific study carried out in the African and American tropical forests, excessive tree mortality, caused by drought and human activity, releases a considerable amount of greenhouse gases into the atmosphere. A quantity of gas that will soon be greater than that absorbed by the forests, thus jeopardising the Paris agreements on climate.

The tropical forests of the Congo Basin and the Amazon, which concentrate 50% of the world’s carbon sequestration capacity, could soon become sources of air pollution. The results of a groundbreaking survey, carried out by researchers at the Royal Museum for Central Africa in Belgium and the University of Leeds in the United Kingdom, show that the capacity of tropical forests to capture CO2 from the atmosphere is in sharp decline.

For 50 years, the international team of researchers (Great Britain, Belgium, France, Cameroon, Congo, Ghana…) has studied the growth and mortality of 300,000 trees, spread over 565 intact tropical forests in Africa and the Amazon. During its observation, the team found that the increase in CO2 concentration in the atmosphere favours rapid tree growth. However, this phenomenon, which seems beneficial for the forest, is cancelled out each year by the destruction of trees through fires, deforestation, droughts and temperature peaks. Extrapolating these data over the next 20 years, the study published on March 4, 2020 in the scientific journal Nature estimates that the capacity of African forests to absorb carbon will decline by 14% by 2030, and that that of the Amazon will drop to zero by 2035.

The peat bogs of the Congo Basin: a CO2 bomb?

In 2017 in the forest of the Congo Basin, researchers discovered worrying stocks of CO2 contained in peat bogs. These soils on which the equatorial forest grows contain close to 30 billion tons of carbon, the equivalent of what humanity produces in three years. A discovery that has not failed to raise the concern of environmental activists. “If we are to meet the commitments of the Paris agreement, it is imperative that peatlands continue to sequester carbon out of the atmosphere. So we need to be careful about building roads and developing agriculture in the area to maintain these carbon stocks “ said Matt Daggett, head of the Forest Project at Greenpeace. For him, these quantities of carbon are so important that their release alone would be enough to compromise the Paris agreements.

It is to this same warning that the conclusions of the above-mentioned study lead. The amount of carbon that humanity can produce without exceeding the target of a 2-degree increase in global average temperature set by the Paris agreements for 2015 must be reduced. “Together with increased protection of tropical forests, and even faster than expected reduction in human greenhouse gas emissions will be needed to avoid catastrophic climate change,” says Anha Rammig of the Technical University of the School of Life Sciences in Munich, Germany.

GABON: In Bambouchine, the population is contesting the construction of a landfill