Homepage » AFRICA: Saving the oceans on land
This article is part of the dossier
AFRICA : WORLD ENVIRONMENT DAY 2021

AFRICA: Saving the oceans on land 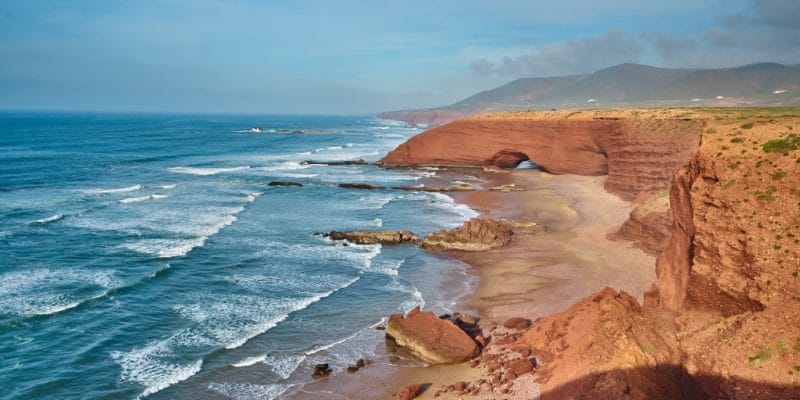 World Oceans Day is celebrated on June 8th, 2021. The theme of this 29th edition is "The Ocean: Life and Livelihoods", with the aim of highlighting the wonders of the ocean and how it is our source of life, serving humanity and all organisms on earth. However, marine ecosystems are declining and the solutions to stem this depletion of life lie on land where the pollution begins.

Africa is bordered to the north by the Mediterranean Sea, to the west by the Atlantic Ocean and to the east by the Indian Ocean. As such, this continent with a population of over 1.21 billion is directly concerned by the issue of ocean preservation, which is now a pressing concern, given the extent to which its ecosystems are affected by human activities. According to the United Nations (UN), the ocean produces at least 50% of the planet’s oxygen and is home to most of the planet’s biodiversity.

In particular, the ocean is the main source of protein for more than a billion people worldwide. It is also the key to the global economy, with an estimated 40 million people employed by ocean industries by 2030 according to UN forecasts. At the same time, the world’s seas are under severe threat from human activities, both from the mainland and on islands.

According to the United Nations Environment Programme (UNEP), the millions of tonnes of plastic debris in marine ecosystems are worth $13 billion in natural capital. In the oceans, this waste, when it does not poison marine species, becomes a death trap for small and large animals.

In addition to plastic waste, the oceans are also polluted by wastewater from households or industries in coastal cities. The effluent pollutes mangrove ecosystems, which play a vital role in the reproduction of many species of fish, reptiles and birds. Wastewater also contributes to the rapid growth of invasive species (algae) that influence the evolution of local fauna and flora.

For SUEZ, saving the oceans is a matter for the land. “Today, we have mastered the technologies for collecting, recycling and recovering plastics and wastewater. Transforming this waste means entering the circular economy. Thanks to this new model, saving the oceans becomes possible,” says the group, which has been present in Africa for several decades. These include land-to-sea solutions to ensure water quality, limit sources of pollution, especially plastic waste, and protect and regenerate the coastline. 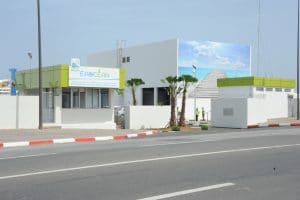 In Morocco, SUEZ supported the city of Casablanca in the construction of an anti-pollution system. The installation now makes it possible to treat all of the city’s wastewater, in addition to the system set up in the western part of the city. Thanks to this initiative, 24 kilometres of coastline have been preserved and the beaches returned to the inhabitants.

In Algiers, as part of the management contract with SEAAL, the treatment capacity was multiplied by ten between 2006 and 2020, and the number of beaches open to the public was doubled, improving the quality of life of the inhabitants while preserving the marine environment.

In addition to effluent treatment, the overall control of wastewater and rainwater discharges into the natural environment is necessary to reduce ocean pollution. Innovative tools such as AQUADVANCED® Sanitation, developed by SUEZ, can enable optimal and transparent management of sanitation systems by anticipating the risks of flooding and polluting episodes.

The management of waste, particularly plastic waste, is the other real battle horse for coastal sanitation and the preservation of ocean ecosystems against the effects of pollution. Among the solutions recommended by environmental specialists is better waste management in cities or coastal countries. This requires the commitment of stakeholders to better manage plastic waste. It is in this spirit that the Alliance to End Plastic Waste (AEPW) was created, of which SUEZ is a member. The alliance was created to bring together all the companies involved in the value chain: those who manufacture, use, sell, process, collect and recycle plastics.

Through this alliance, which multiplies initiatives to fight plastic pollution in Africa, SUEZ supports public policies and the aspirations of the industrial sector in terms of sanitation.

For SUEZ, the safeguarding of the oceans is played out on land and to achieve this objective, it is necessary to accelerate the implementation of sanitation systems, if possible with wastewater reuse, and to develop rainwater collection systems in order to ensure the resilience of territories by controlling floods, which are becoming more frequent as a result of climate change, setting up waste collection and treatment systems, rehabilitating illegal dumps, particularly in coastal cities, and combating plastic pollution through specialised channels involving producers, regulators, managers and consumers.

Article produced in partnership with SUEZ