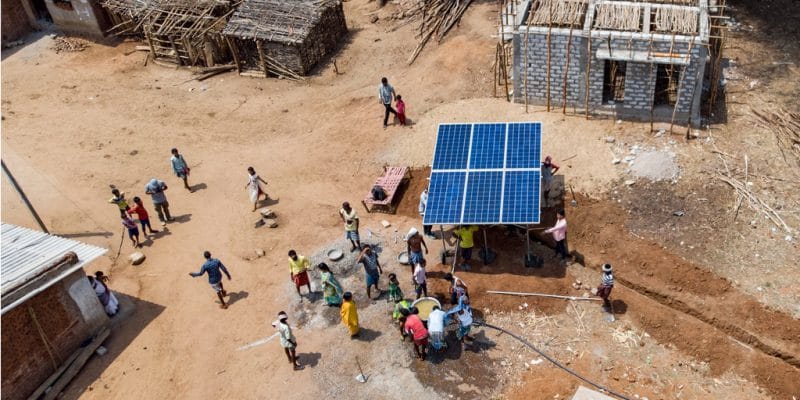 Royal Bafokeng Holdings (RBH), an African community investment company is considering making a US$20 million equity investment in DPA Africa Asset-Co. The company, set up by Distributed Power Africa (DPA), will provide 175 MW of solar power in some of its markets in Africa over the next four years.

Distributed Power Africa (DPA) wants to expand its activities in Africa. The subsidiary of Econet Wireless, a major Zimbabwean telecommunications company with interests on five continents, has just signed a financing agreement with Royal Bafokeng Holdings (RBH). Under the partnership, the African community investment company will take a US$20 million equity stake in DPA Africa Asset-Co, representing 60 percent of the shares. This is a company set up by DPA to provide 175 MW of solar power in some of its markets over the next four years, including South Africa, Kenya, the Democratic Republic of Congo (DRC) and Zambia.

Specifically, DPA Africa Asset-Co will provide its clients in these countries with solar energy solutions based on rental contracts for solar photovoltaic panels and electricity storage systems. DPA’s investment in the development of solar energy projects may be necessary in these African countries, where national electricity grids are not yet very efficient.

The new 175 MW project complements other DPA initiatives to increase its market share in Eastern and Southern Africa. The company has partnered with Mettle Solar to invest US$1.2 million in a solar project at the East Africa Data Centre (EADC) in Nairobi, Kenya. The solar photovoltaic system will have a capacity of 1 MWp.

Earlier, in May 2020, the Econet Wireless subsidiary decided to enter the Zambian market, thus becoming the fifth African country in which, it installs its renewable energy production equipment.