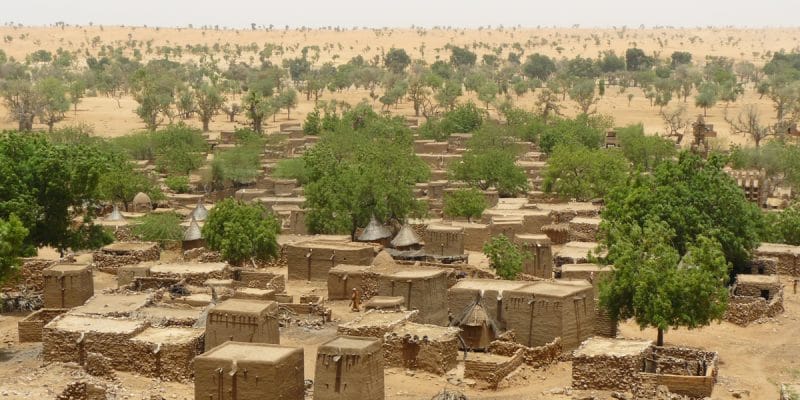 The impacts of the Great Green Wall initiative, which is currently 15% complete in the African Sahel region, would be much more negative than positive. Researchers at the University of Quebec in Canada have shown through computer simulations that the project will cause a temperature increase of about 1.5°C in the hottest areas of the region.

Will the Great Green Wall project be abandoned? This question has been raised since the December 14th, 2021 publication of the study entitled “The Green Sahara and its Climatic Consequence: From Past to Future“. In this study, researchers from the University of Quebec in Canada, believe that the possible negative impacts of the Great Green Wall have not, for the moment, been sufficiently studied.

To remedy this, they worked on high-resolution computer simulations. In the context of global warming, these simulations show a reduction in average summer temperatures of 1.5°C in most of the Sahel. But the regions that are already the hottest are expected to become even hotter. With average temperatures of up to 1.5°C.

In a climate disruption scenario, the researchers indicate that rainfall would also increase considerably. In some areas, it could even double due to an intensification and spreading of the West African monsoon. Their simulations suggest that with more vegetation in the region, a moisture pool will be created. This will intensify the water cycles and consequently increase rainfall.

This study on the possible negative impacts of the Great Green Wall comes at a time when promises of funding are still being made for its actual implementation, planned for 2030. The initiative launched since 2007 by the African Union has received in 2021, three important pledges of funding. First, $6.5 billion over 5 years from the African Development Bank (AfDB), $600 million from the French Development Agency (AFD) and most recently, $5 billion over 5 years from the World Bank.

Planned on a strip of land approximately 8,000 kilometres long, the Great Green Wall aims to transform the lives of millions of people by creating a mosaic of green and productive ecosystems in North Africa, the Sahel and the Horn of Africa. Initially conceived as a long corridor 15 km wide, crossing the entire African continent for 7,800 km through 11 countries (Gambia, Senegal, Mauritania, Mali, Niger, Nigeria, Chad, Sudan, Ethiopia, Eritrea and Djibouti), this wall is to link Dakar (Senegal) to Djibouti. This will represent approximately 117,000 km2 or 11.7 million hectares of vegetation.