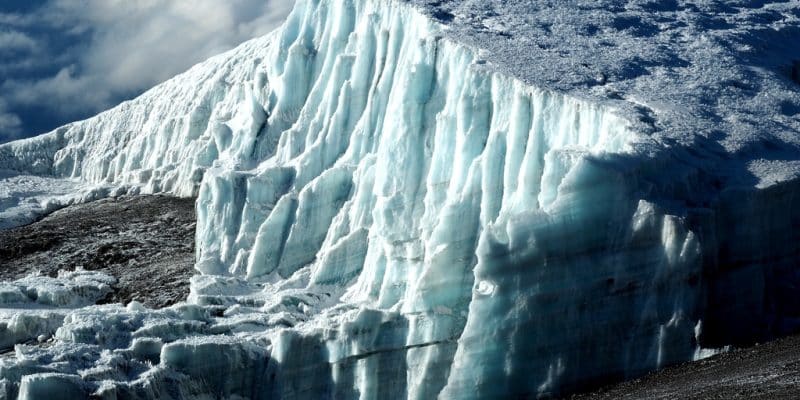 In a recent study, the United Nations Educational, Scientific and Cultural Organisation (UNESCO) warns that 17 World Heritage glacier sites could disappear by 2050. Among these sites is the Mount Kilimanjaro ice cap, Africa's highest peak, which is under threat from global warming. The 27th Conference of the Parties on Climate Change (COP 27), which opened on 6 November 2022 in Egypt, will provide an opportunity to urgently address the monitoring and preservation of the world's glaciers.

Glaciers are melting faster and faster around the world. The United Nations Educational, Scientific and Cultural Organisation (UNESCO) recently published a study on this subject. According to the report, 17 of the 50 glacier sites listed as world heritage by the UN organisation could be lost before 2050. These include the glaciers of the Western Tien-Shan (Kazakhstan, Kyrgyzstan, Uzbekistan) and those of the Pyrenees-Mont Perdu between France and Spain, as well as the glaciers of Mount Kilimanjaro in Tanzania.

This ecosystem covering an area of 75,000 hectares of land between forests, alpine deserts and plains is facing the shrinking of its ice cap composed of ten or so glaciers, notably Credner (the largest), as well as the Pengalski, Grand Penck and Petit Penck glaciers. Earlier in 2021, the World Meteorological Organization (WMO) estimated an 85% loss between 1912 and 2007.

The shrinking of the Mount Kilimanjaro ice cap is explained by the carbon dioxide (CO2) emissions that have been warming the massif since 2000. This finding is also supported by the report of the Intergovernmental Panel on Climate Change (IPCC), which will be published in the first half of 2022. For the IPCC, melting ice and snow is “one of the ten major threats” caused by global warming, with a strong environmental impact.

According to climate experts, the world depends directly or indirectly on glaciers as a source of water for domestic use, agriculture and energy. In some countries, particularly in East Africa, glacial melt is undermining the productivity of local farmers who rely on seasonal meltwater to support their crops and livestock.

“Glaciers are also pillars of biodiversity, sustaining many ecosystems. When they melt rapidly, millions of people face water scarcity and increased risk of natural disasters such as flooding, and millions more could be displaced by the resulting rise in sea levels,” says Bruno Oberle the Director General of the International Union for Conservation of Nature (IUCN), which co-published the study with UNESCO.

In this context, the mountaineering project 25zero initiated an expedition to the foot of Mount Kilimanjaro in Tanzania with social media influencers in June 2022. The initiative documented the disappearance of its ice cap and raised community awareness of its ecological importance.

On a global scale, UNESCO recommends a number of solutions. First, limiting temperatures to a maximum of 1.5°C (in line with the Paris Climate Agreement). To achieve this, the institution based in Paris, France, will plead with the heads of delegations from the various nations at the 27th United Nations Climate Change Conference (COP27), which is being held in Egypt until 18 November.

Read also-TANZANIA: now under control, a fire shakes the ecosystem of Kilimanjaro

The climate summit in Sharm el-Sheikh will also be an opportunity for UNESCO to propose the creation of an international fund for the monitoring and preservation of glaciers. According to its director-general, the aim of this platform will be to support research and promote exchange networks with a view to implementing early warning and disaster risk reduction measures linked to glacier melt. “It will invest in nature-based solutions that can help mitigate climate change and enable people to better adapt to its impacts,” explains Audrey Azoulay.